Text description provided by the architects. The University of Morón has entrusted us with the refunctionalization of a building of the early twentieth century, listed as a heritage building of the City of Buenos Aires. It is transformed into the main headquarters of the institution in this city, destined for undergraduate and postgraduate university education. To achieve this, we have added 1200 m2 of new spaces in addition to the existing premises, spread over three floors of classrooms built from the use of light and contemporary technologies, including a viewpoint on a public terrace completing and giving a new imprint to the current profile of the avenue Av. 9 de Julio.

The project has an eclectic profile that shifts as the city's architectural codes changes and leaves traces of different heights like those surrounding the existing building and large service party walls almost transformed into main facades.

The project has been carried out in a context of keeping in mind that the existing building with its new structure on top and the new building that we will finish in 2021 on the adjoining property are seen in the scale of the whole block. The elements are linked with their neighbours and generate dialogue between the office building and its large party wall located in the centre of the block, and the corner building, also the city's heritage.

With this idea and among many other actions, we project the “viewpoint”, a terrace "floating" over the top floor, finishing the whole transformation together with the green roof into an icon seen from the avenue projecting a distant view over the treetops.

In addition, a large white and corporeal “UM” (Universidad de Morón) was placed on the inside, illuminated at night adding to the characteristic symbols and places that transform this into such a special space for the city.

Both on the exterior and the interior, the structure of general characteristics of the catalogued building are maintained in all their aspects, preserving and restoring the front facade, the main core and its components, the cage elevator and the staircase. A new circulatory core is built that works as a fire escape staircase, as well as an elevator module in the original position of the rear service centre in order to form a circulatory logic that adds up without altering the existing one.

The presence of the central courtyard is also revalued by covering it with a transparent roof that allows the entry of light and that lets this space, now an interior one, to cross the entire height of the catalogued building surrounded by the general circulatory system, forming the innermost ring. Here, spaces complementary to the classrooms are being formed, spaces to discover and to spend time and socialize in, managing to transform this place into the social heart of the building.

Both the classrooms, as well as the multipurpose spaces on the standard floors were located in the perimeter of the building, forming a second and outermost ring, flexible and transformable according to the changing needs typical of these proposed uses. These spaces are ventilated and illuminated by side courtyards that now, enlarged and renovated, cross the building from the first floor to the last, generating cross-ventilation with the central courtyard.

The whole complex uses passive air conditioning logics, such as cross-ventilation and green roofs, thus changing the usual relationship of this type of new construction in the city centre with energy consumption. It also has a mobile roof system that opens automatically, letting out the accumulated heat when the building so requires, thus raising the feeling of comfort and delaying the activation of its heating and cooling systems so that they only work in situations of extreme heat and cold.

In addition, the rainwater accumulated on the green roof is used in the sanitary installation for the discharge of toilets and the washing of sidewalks. Also, by being filtered through a loose stone flooring scattered on the roof, the accumulated rainwater humidifies and manages to reduce the temperature of the top floors.

Due to its characteristics, this building investigates new teaching models generating open and closed classrooms and meeting spaces that stimulate the exchange between students and teachers, working with flexible furniture suitable to combine in different types of meetings. The proximity or remoteness of the teacher is considered, who can, in their daily work, find teaching and learning methods that are more fit and consistent with the new generations of students and with the use of new technologies. Chairs, armchairs, couches, tables and desks, are dispersed within the classrooms, allowing each user to decide their own way of approaching learning and once again verifying the fundamental role that buildings and our profession as architects have in favouring this approach.

In its logic this building is thought of as a set of flexible educational spaces, proposing sectors that, although in their daily use are not part of the classroom scheme, can easily be transformed into spaces for events attached to the classrooms, or as unique educational spaces for specific events. The viewpoint, the green roof, the wooden terrace on the fourth floor, the ground floor and the central courtyard and the exhibition area in the basement, all are plausible to be transformed at the service of an event. As it begins to show, what until recently was a construction site, is beginning to becoming occupied by the university community of the UM. 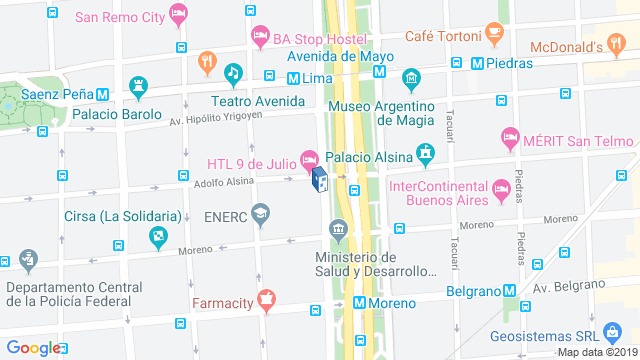 Location to be used only as a reference. It could indicate city/country but not exact address.
Share
Or
Copy
About this office
Estudio Borrachia
Office
•••