Text description provided by the architects. Kindergartens are the basis for individual education. The space for preparatory education is the happy world for children. It is possible for children to spend their childhood in a healthy and happy way in this kind of space so that they can learn knowledge and touch the collective life from childhood. It is hoped by us that children can gain knowledge and even lay a foundation for dreams to inspire fantasy at the first stop of children's learning.

The kindergarten is located in Yao Da Tian Xi, Huangyan District, Taizhou city. It serves the residents of the surrounding community. The architectural style is subject to the overall design control of the community. This kind of kindergarten has appeared in the rapid development of real estate in China in the past ten years. It also brings about a problem that there are full of functional buildings which fail to inspire the fantasy of children. "Modern buildings are always focused on rationality excessively, which can lose the pleasure brought by mystery and curiosity." said by a master architect called Ricardo Legorreta once.

Building Implication
The original building is composed of a main building and an auxiliary building. It is similar with residential buildings in terms of color. It is hoped by us that the building itself can inspire the fantasy and freedom consciousness of children. The building fails to be adjusted greatly on the whole, so the emotional hint of the whole building is completed through the envisaged action of "plug-in". The entity attribute is blurred by the new plug-in language through the dominant color so as to make children experience the building itself and prompt the location of kindergarten in the street at the same time.

Atmosphere of Space
The reorganization of internal space brings some new opportunities to us. We continue using the action of "plug-in" to complete the expression of space atmosphere. In our opinion, the most important thing is to stimulate the imagination of children and provide a free space for them in terms of children's space. Fortunately, it is found by us that children like experiencing the happiness brought by space again and again.In order to achieve this goal, we also design a space only suitable for children instead of parents in each classroom. There is a trampoline area in the hall of the first floor, which becomes a space full of challenges and curiosity. In addition, a vertical house throughout the second floor and the third floor is inserted, so that children can jump around, run back and forth and play freely here.

The World of Color and Light
Various contradictory factors between the building and the external environment are harmonized by color as a medium. We design an orange box to stimulate the imagination of the whole space belonging to the free space of children in the high hall of the first floor. Outside, we separate and liberate the form and material of the original building through color. Inside, we integrate it with the outside world through the simplest form and color. 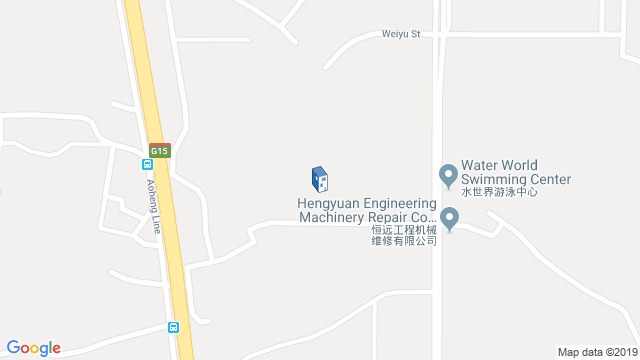 Location to be used only as a reference. It could indicate city/country but not exact address.
Share
Or
Copy
About this office
Portal Architecture
Office
••• 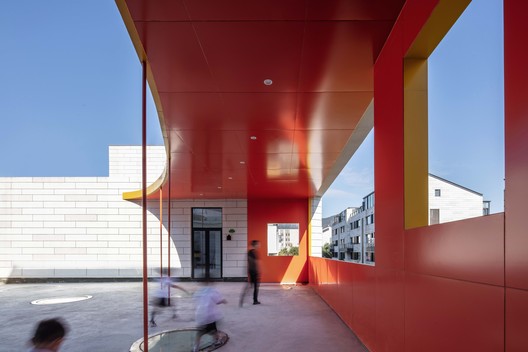