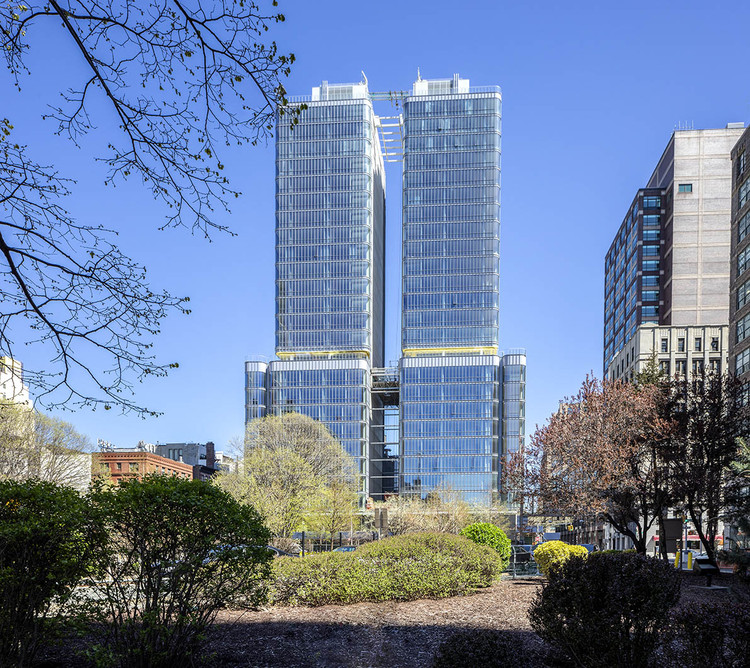 Text description provided by the architects. 565 Broome SoHo is located in one of New York’s most historic neighborhoods - Soho. Overhanging the Hudson River, the residential tower offers its occupants an outstanding panoramic view on the city and on the river. This project is in line with the district’s spirit, being historically a center for arts, but also more recently for restaurants, shops, hotels, and local businesses.

For SoHo, a district so closely identified with 19th and 20th-century cast-iron architecture, 565 Broome SoHo introduces an elegant 21st-century inflection onto that neighborhood.

The 30-storey structure soars above its lower-slung surroundings, providing sweeping views of the city and of the Hudson River, including the sunsets that color the river and the harbor every evening. It is almost 100 meters tall and contains a total of 115 apartments, which have all floor-to ceiling windows. The accommodations include studios, four-bedroom homes, as well as duplexes and penthouses.

The two most notable aesthetic traits of this building are the mullions and the curved glass. The thin mullions let a visual narrative to take place around and within the structure, allowing for breathability and light to enter into all the residences’ floor-to-ceiling windows. The corner curved glass gives to certain residents this particularly unique view.

As a result of collaboration, the project is shared between Renzo Piano Building Workshop on the one hand & SLCE - in charge of both forms and facades - and the Paris design firm RDAI – in charge of the interior design - on the other hand. 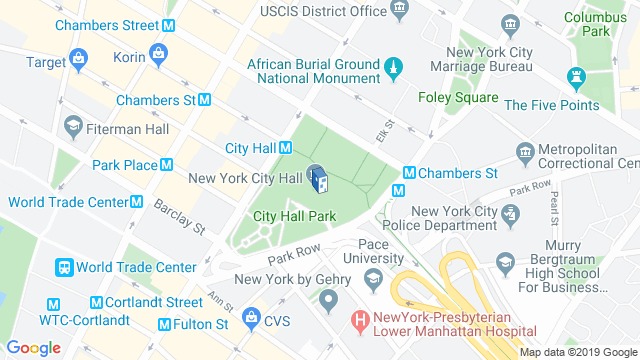 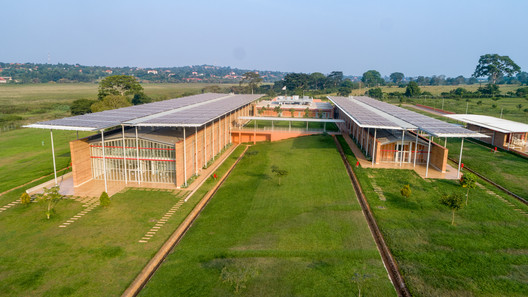 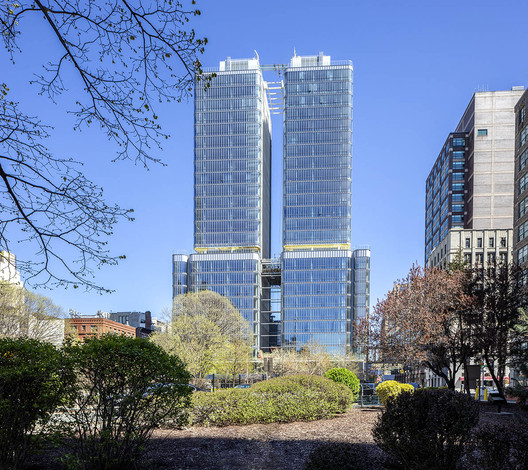