OPEN Architecture’s anticipated project Chapel of Sound has finally topped out on November 15th with the pouring of its broad concrete roof.

The project, which is expected to open in the summer of 2020, includes a semi-outdoor amphitheater, an outdoor stage, and viewing platforms, overlooking the mountainous rural area of the Jinshanling Great Wall. 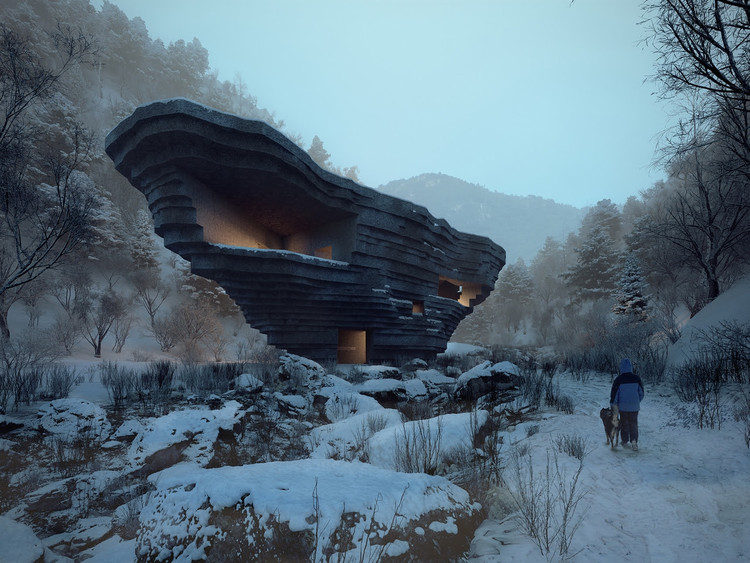 The significance of the structure lies in its roof, the largest flat surface in the project. Laborers worked continuously day and night to complete the slab within 24 hours.

“Architecture is Hope”: A Conversation with Li Hu of OPEN Architecture

The design team developed the project based on the spatial needs of a music hall, as well as the site's landscape. The main structure consists of two interconnected concrete shells: the outer shell is an inverted conic shape, while the inner one is formed by its acoustic needs. The shells are treated with hard surfaces and punctured on a few enclosed surfaces to provide proper acoustics within the space. The openings also frame the surrounding views of the sky and the valley, as well as pour in sunlight at different times of the day, decorating the inside of the concert hall.

Chapel of Sound is situated the northern boundary of Beijing municipality, a rural area which has lost most of its population due to the severe lack of resources. The project aims to vitalize the barren mountain area, inviting locals and investors back into the land. 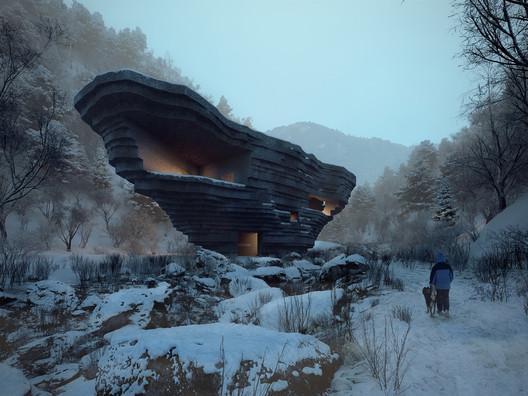