Text description provided by the architects. The stadium imagery is based on associations with Volga nature themes - water and wind. Regular framework formed by arranged in a circle triangular pillars, bears a translucent roof over the spectator lobby and tribunes. The building is surrounded by a pedestrian gallery, on which ladders lead, directed at a tangent trajectory. The stadium and the landscaped park area around it are located in the area of Nizhny Novgorod Strelka - an elongated plot of land located on the low bank at the Oka and Volga confluence.

The site allocated for the stadium construction, adjacent to the historical buildings area, where an architectural monument - Alexander Nevsky Cathedral is situated, and is clearly visible from the heights of the central part of the city. The Strelka territory is planned to be united by a pedestrian boulevard, which will allow to include the stadium in the recreational area complex for residents and visitors of the city.

Main invocation: The stadium imagery is based on associations with Volga nature themes - water and wind.

Advantages: The successful placement of the stadium on a abandoned beyond river territory  where a famous Nizhny Novgorod fair was sutuated in the XIX century, now lost, with a maximum distance from Alexander Nevsky Cathedral to the street Betancourt allows:

- to form an important urban development unit on the main compositional axis – the Volga river embankment, which determines the architectural,spatial and planning organization of the projected territory;
- to save the dominant role of Alexander Nevsky Cathedral;
- to free the Strelka triangle from low-value warehouse port buildings and to create a park along the Volga river embankment from the historical zone in the area of Alexander Nevsky Cathedral, including historical and cultural monuments, to the stadium territory. 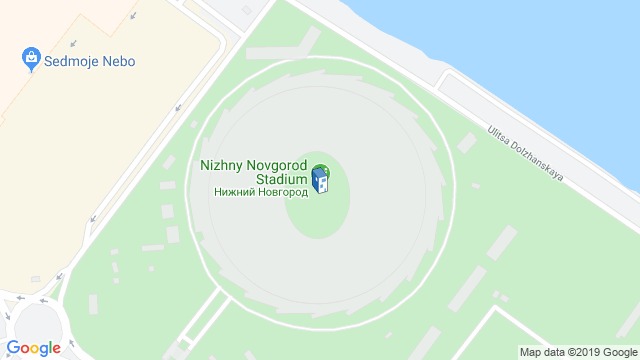 Location to be used only as a reference. It could indicate city/country but not exact address.
Share
Or
Copy
About this office
PI ARENA
Office
••• 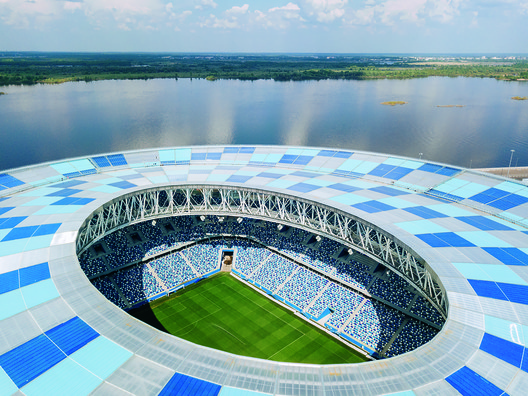