Text description provided by the architects. February 1896 – Liu Kunyi, Viceroy of Two Jiangs, submit a memorial to the Imperial Court for preparation of establishing ‘Jiangnan Central Bureau of Silver & Copper Coinage’ in Jiangning (now Nanjing), the provincial capital; October 1897 – Completion of the workshop on south bank of Yuntaizha, Xishuiguan (literally Cloudstead Waterlock, West Watergate) and commencement of silver coin minting; 1897-1908 – Several rounds of extension into an area of 121 mu (74,334 sqm) and a staff over a thousand, a quite spectacular scale; 1913 – Renamed ‘Jiangnan Mint of ROC Ministry of Finance’ after foundation of Republic of China and commemorative coinage of its foundation; June 1929 – Burnt more than half in a big fire and rest of the equipment merged into Shanghai Mint.

Thereafter, the workshop was utilized by ROC Ministry of Industry & Commerce to prepare ‘The Second Measuring Instrument Works’; then successively renamed into ‘The First Machinery Works of Nanjing’ and ‘The Second Machine Tool Works of Nanjing’ for production of cylindrical gear machine tools. In 2011, it was industry-transferred out of the city proper and officially re-established as ‘National Innovation Park of Leading Talents’ focused on cultural and creative industries. However, except for the pair of centenarian gingko trees, no traces of the Mint could be found.

The Mint had a notable background of multitudinous inflows of foreign dollars in late Qing Dynasty, which increasingly replaced China’s previous un-minted silver system for its superior manufacture and uniform percentage & weight, later rousing profiteers into buying up and smuggling out pure silver and portended another silver outflow. Zhang Zhidong took the lead to mint silver coins in Guangzhou, then followed by his  ‘foreign affairs faction’ peers in other provinces, among which Jiangnan Mint outstood as the only one named not by a province but by a vaster territory, literally inscribed upon the coins.

Despite its short existence of only 32 years, Jiangnan Mint enjoys an irreplaceable status in China’s monetary history: namely throughout the transition from cast coins to milled coins in China, take the One Yuan the main face value for example, it produced as many as 408,345,800 ones within only nine years from early 1915 to late 1923, taking up 68.9% of the whole market, signifying its prime contribution to the financial industry.

In mid-2017, FANAF Architects accepted from Gold Pedestal Real Estate Corporation the commission of Jiangnan Mint Museum, sited in part of No. 8 Building of the Park with well-kept grey brick walls dated back to the Second Machine Tool Works period, arched consecutively into a powerful rhythm and redolent of history in both mass and hue.

Multiplay of ages & renovation results – In 2012-13, the workshop underwent a renovation that introduced concrete and steel frame structures, transforming the open and one space into dividable spaces suitable for office, thus comprised the pre-conditions for the project: an outer envelope of grey brick walls of the q950s and an inner one of concrete and steel frame structures. This time the newly supplanted serves only for division instead of bearing, posing a tendency to a weak architecture right on material choice. Within the same and one space, constructed objects of different ages would be displayed in emphasized contrast while mediated by unifying arches and juxtaposed materials from various ages without sense of mismatch.

Highlighting the spatial character – The usable interior area was barely 150 sqm, with a pair of arches cut through each of the northern and southern walls, to which two sets of new arches were implanted to divide the layout into three functional spaces, namely the reception, exhibition and open tea area, while highlighting the arched rhythm. Hued lightly and finished wholly in stucco, the new arches formed a meaningful contrast with the existing deep, rough grey bricks.

Multivalence of museum & café atmospheres – As expected from the client, the new-born museum also worked as a parlor for the enterprise apart from its obligatory role of a mint museum of all ages and events. Therefore, the final ensemble was diluted of a likely didactic or propagandist air to feature a daily situation permeable within a stately historical atmosphere.

Arch as a reinvigorated commonplace – Arch has been used so extensively in architectural and interior projects recently that it’s almost fallen from popular to commonplace. Though distancing the extraneous popular patterns, we were inspired by the time-honored arches within the site that only more and new arches could engender a complete while clear-cut relationship, and it proved appropriate.

Minimal presentation of time and history – Throughout grooming history of the Mint in the initial design phases and later  juxtaposing the materials of different ages, the visitor’s expected to feel an evoked concern for the elapsed time and homage to the bygone history. 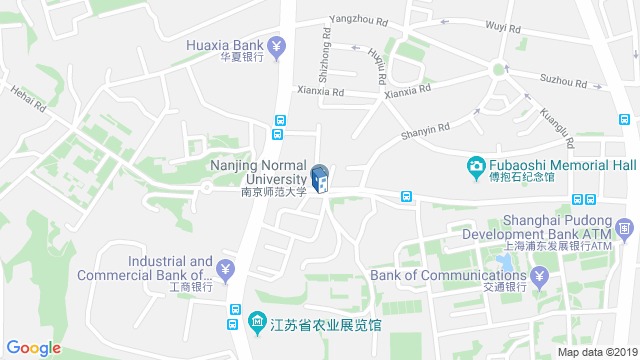 Location to be used only as a reference. It could indicate city/country but not exact address.
Share
Or
Copy
About this office
FANAF Architects
Office
••• 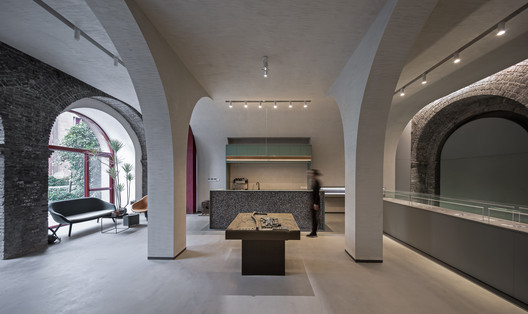