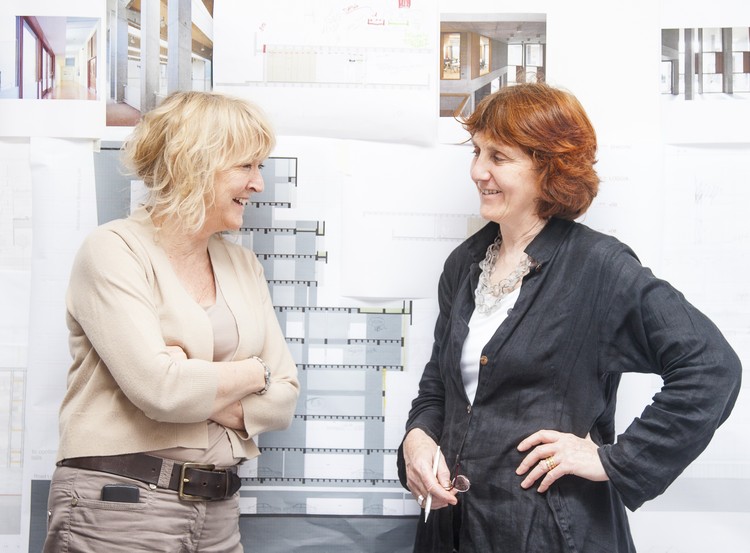 Yvonne Farrell and Shelley McNamara co-founded Dublin-based Grafton Architects in 1978 and work alongside directors Gerard Carty and Philippe O’Sullivan, who joined the practice in 1992. The practice’s name was inspired by their original office on Grafton Street in central Dublin, a city that has influenced their approach to architecture and that they have helped to shape. As part of Group '91 - a collective of eight young practices - in the 1990s, they were involved in the regeneration of Dublin's Temple Bar district.

They are currently working on The Marshall Building for the London School of Economics (LSE); the Town House building for Kingston University London; the School of Economics for the University Toulouse 1 Capitole; Institute Mines Telecom University Building in Paris Saclay; the City Library & Parnell Square Cultural Quarter project in Dublin, with Shaffery Architects; and the new HQ for the Electricity Supply Board in Dublin, with O'Mahony Pike architects; all won by international competition.

Grafton Architects’ directors have taught and lectured at some of the world’s most celebrated universities, and they have curated exhibitions and exhibited their own work globally. In 2018 Yvonne Farrell and Shelley McNamara curated the Venice Architecture Biennale, with the theme of ‘Freespace’ and an emphasis on humanity and generosity – principles which run throughout their own practice.

On hearing the news that they will receive the Royal Gold Medal in 2020, Yvonne Farrell and Shelley McNamara said: “Like architects around the world, everyone in Grafton Architects works hard to give each project the attention needed to hopefully enrich people’s lives. For us, architecture is an optimistic profession, with the opportunity to anticipate future realities. It is of the highest cultural importance because it is the built enclosure of human lives. It translates people’s needs and dreams into built form, into the silent language of space. We share this honour with all our clients, design teams, contractors and colleagues - past and current - working together, we translate ideas into reality. The news that Grafton Architects are to receive the RIBA 2020 Royal Gold Medal makes this a very special and happy moment in our lives. A sincere ‘Thank you’ to all those involved in making it possible!”

The Royal Gold Medal will be presented to Grafton Architects at a special ceremony in early 2020. 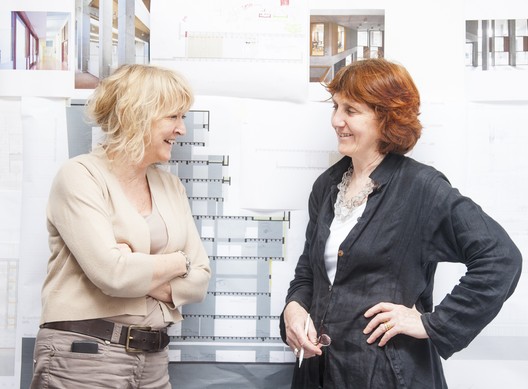