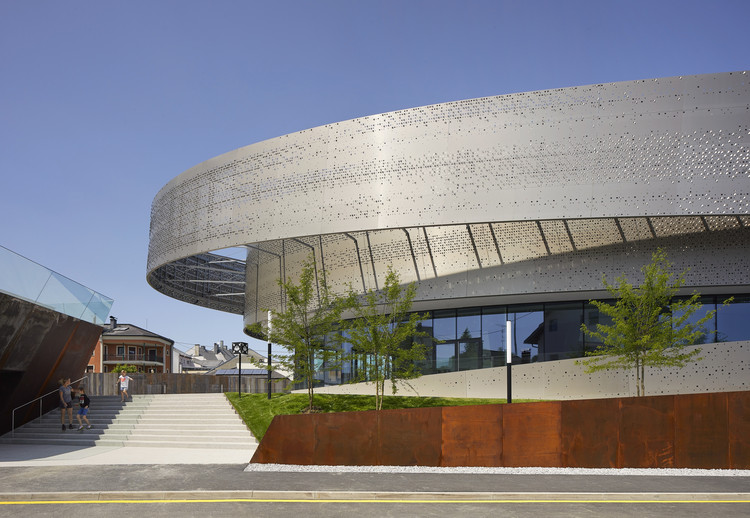 Text description provided by the architects. Evoking dynamics
There is nothing static about the aura of the KTM motorcycle brand. This can also be clearly seen in their motto “Ready to Race”. That is exactly the feeling you get at the KTM Motohall, which opened in Spring 2019 at their headquarters in Mattighofen. Everything about the building is linked to and evocative of motion. It is a lofty space of 8,300 m2 with no steps. It takes you over three levels, with a showroom, an event hall, a restaurant, a shop, a snack bar, and its own orbital paths. It is an exciting new building, wrapped in curved metal bands that transcend the right angles of its surroundings.

So both on the inside and on the outside, the KTM Motohall evokes the brand’s dynamism. Its shape is in line with its motto, organically bringing the building together - the flowing curves of the race track, the conditions of off-road terrain and the KTM bikes driving on them. The basic body of the exhibition hall is formed by two ellipses that move into each other. The basic body of the exhibition structure is formed by two ellipses that have been inserted into each other. They are both pitched by 4 percent to the opposite angle, thus reflecting the topography of the site in a structural form.

The pitch softens the normally steep floor division making it disability-friendly and fully accessible. Without the need for stairs or lifts, visitors can move effortlessly through the building on-ramps and loops. The sensual experiencing the KTM brand in this large space built of reinforced concrete. The prominent perimeter of the property was used to connect it to the local area. At the outer ellipse of its eastern apex, the KTM Motohall stands four and a half stories tall, and all of its two and a half floors above ground are devoted to the permanent exhibition.

On the other ramps and decks, you will find a showroom, an innovation lab, a shop, technology rooms, offices, the ticket office, the snack bar ”Pit Box”, and an event hall that can hold 400 guests. Nine cores encased in perforated sheeting provide the load-bearing support for the building. In between, spacious airy and visual spaces open up like doorways  A new perspective opens up to you with every new step you take. The fact that the building always remains discreet is not least due to the materials that have been used: exposed concrete, aluminum, and terrazzo.

The facade is wrapped in three bands of anodized aluminum. One of them can be walked on if you dare to venture onto one of these anchored orbits of the KTM universe. There are tracks to be found on it. A perforated pattern - a symbol of tire tracks. As if a KTM factory driver had achieved the impossible, overcoming gravity to ride all the way around the KTM Motohall. When the weather is fine the perforations, some of which are opened, change according to the position of the sun, bringing extra movement to the facade. 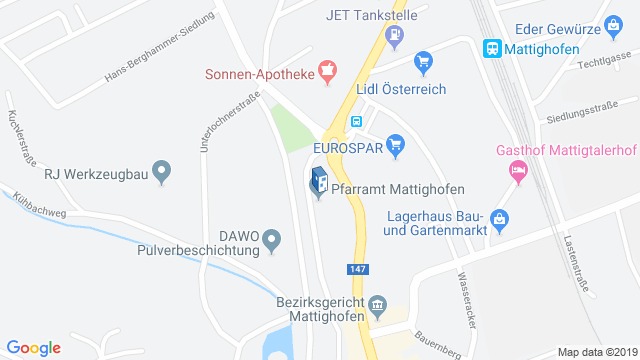 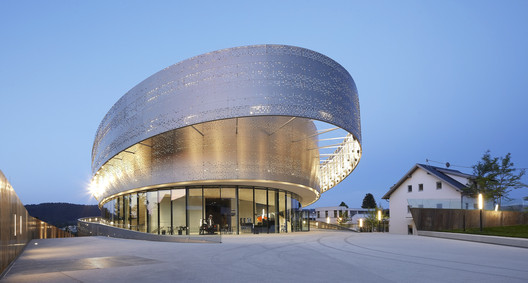 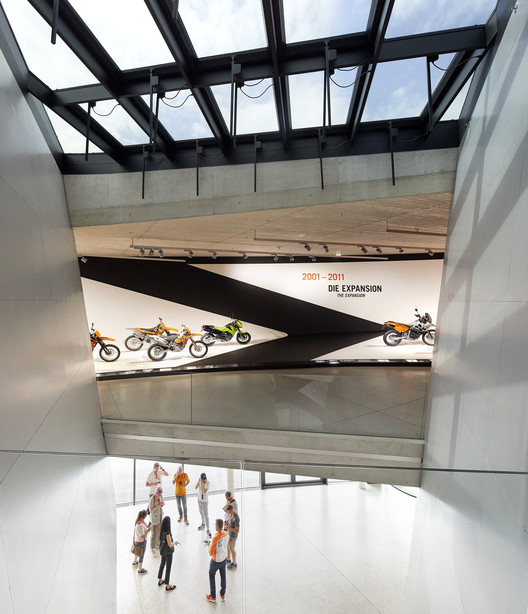