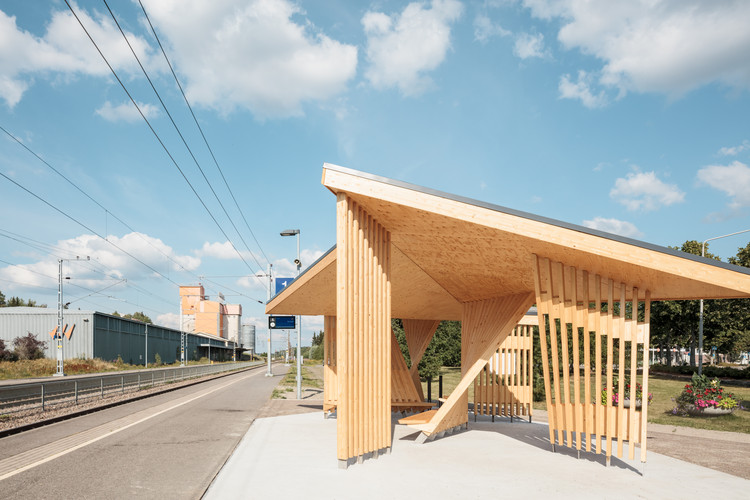 Text description provided by the architects. The manifestation of a Finnish lifestyle seen through the eyes of 17 students from 10 different countries around the world. Kohta was inspired by a walk in the forest. With its straight, leaning and twisted elements it organizes nature into a wooden sanctuary. Due to its geometric composition and carefully designed elements, a variety of spaces are created, allowing the user to choose their experience within. Its purpose is to provide shelter from the windy and rainy winters while allowing open spaces during the summer months. Initially designed to serve Koria’s 2019 housing fair, this structure has become a city landmark. Serving as a train station, the design contemplates the users’ behaviour and interaction with their surroundings. Every module acts as a service area. Bike racks and information displays on opposite ends are positioned between the wall structures. At the center is the seating area, defined by the unobstructed views as the roof acts as a stabilizing element between modules.

Kohta is a combination between digital and physical manufacturing. Every wall piece was digitally defined and CNC’d. Afterwards, they were cut with a table saw to their specific lengths, each piece with a unique angle and length. The combination of techniques offered high precision allowing each element to be assembled individually at the workshop, creating wall, roofs, benches and foundations.

Designed and built in such a way where the station was assembled in one day. Each module has three walls and a roof. In turn, the modules were crane lifted onto the truck and transported on site where fixing joints were used to secure each element in place. Kohta began as a train station study. However; throughout its design, development, production and assembly it became a valuable learning opportunity. Present within the details, it is a project showcasing wood as a viable building material. 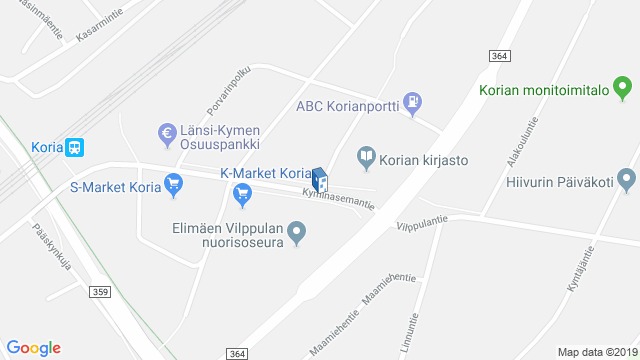 Location to be used only as a reference. It could indicate city/country but not exact address.
Share
Or
Copy
About this office
Aalto University Wood Program
Office
••• 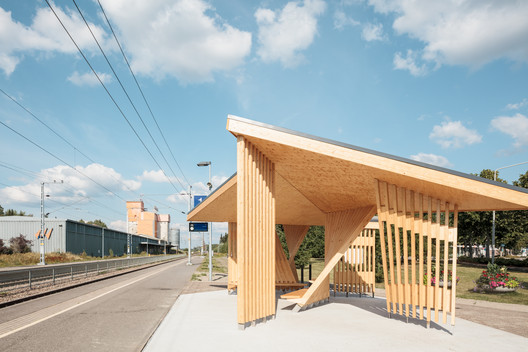