Since its founding in 1984 by architect Richard Saul Wurman, TED has been a powerful force in the fields of technology, entertainment, design, and beyond. Architects are among the millions of people around the world who frequently tune into TED's “ideas worth spreading” including talks by architects such as Bjarke Ingels and Jeanne Gang. With over 2500 talks to choose from, we have followed on from our previous lists to provide you with 20 talks to help you work better as an architect.

As with our “20 most inspirational non-architecture TED talks for architects” or our “20 most inspiring TED talks for architects” from years past, this list encompasses a variety of topics and perspectives. From materiality to function, graphic guides to equality, the talks below share a common theme of architecture as a tool for progress, and an avenue for answers to crises such as housing, climate change, and loneliness.

Architect Débora Mesa Molina questions what it takes to reimagine the limits of architecture with a visual tour of her work, showcasing structures made with overlooked structures and unusual methods.

2. How to transform sinking cities into landscapes that fight floods – Kotchakorn Voraakhom

Landscape architect Kotchakorn Voraakhom shows how she developed a major park in Bangkok that can hold millions of gallons of rainwater, and pushes for architectural responses to climate change that connect cities back to nature.

3. Three ways to create a space that moves you, from a Broadway set designer – David Korins

David Korins shares his insights from working on hits like Hamilton, offering a three-step process to create the world you want to live in.

With a specialty in presenting complex and rich data sets, Tommy McCall traces centuries-long evolutions in charts and diagrams to demonstrate the importance of clear, beautiful graphics.

Architect Anton Garcia-Abril proposes a future for affordable housing inspired from his “home-in-a-box” that he shipped from Madrid to Boston.

Landscape architect Walter Hood explores how public spaces both reclaim the past and embrace the future, with projects ranging from Lafayette Square Park in San Francisco to the African American Museum in Charleston, South Carolina.

7. How we can design timeless cities for our collective future – Vishaan Chakrabarti

8. A playful solution to the housing crisis – Sarah Murray

Digital housing developer Sarah Murray created a computer game allowing home buyers to design a house and have it delivered in modular components to be assembled on-site. Here, she puts forth her case for cutting costs, protecting the environment, and providing homes to those in need.

9. What if gentrification was about healing communities instead of displacing them? – Liz Ogbu

Architect Liz Ogbu works on spatial justice: the idea that justice has a geography and that equitable distribution of services is a human right. Here, she calls on developers, architects, and policymakers to commit to ensuring design does not displace people from their communities.

Architect David Rockwell digs beneath the idea of stairs as an element to get you from A to B, and instead explores how they shape movement and feelings.

11. How architecture can create dignity for all – John Cary

Architect John Cary investigates the lack of diversity in design that leads to thoughtless, compassionless spaces. He calls on architects and designers to expand their ranks and commit to serving the many, not the few.

12. Can we design cities for happiness? – Thomas Madrecki

“Urban happiness planner” Thomas Madrecki asks if city planners are doing enough to design for happiness in cities: an element not as quantifiable as comfort or LEED-certification. His solution is to ask the public.

Urban designer Peter Calthorpe shares seven universal principles for solving sprawl and building smarter, more sustainable cities, as architects and urban designers prepare for the prospect of three-quarters of the population living in cities by 2050.

14. How cohousing can make us happier (and live longer) – Grace Kim

Architect Grace Kim offers cohousing as a solution to the epidemic of loneliness: a new way of living where people choose to share space with their neighbors.

15. How to design a library that makes kids want to read – Michael Bierut

MASS co-founder Michael Murphy shows how he looks beyond the blueprint of design to consider factors from airflow to light. From Rwanda to Haiti, his tour of projects is united by a quest to heal hearts in the American South.

20. The genius behind some of the world’s most famous buildings - Renzo Piano

Architect Renzo Piano offers a tour of his life’s work, making the case for architecture as the answer to our dreams, aspirations, and desire for beauty. 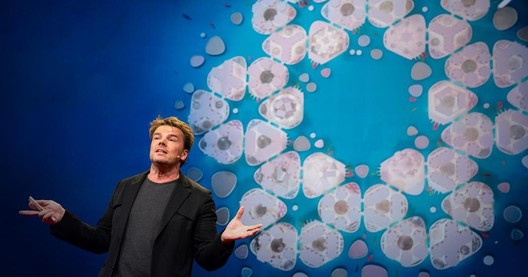