Save
10 Technologies for Accessible, Affordable Cities

Major cities are facing major crises. The United Nations estimates that by 2050, almost one billion people with disabilities will live in cities, representing 15% of total city dwellers. With urban landscapes awash with inaccessible subways, shops, and bathrooms, the UN has declared that poor accessibility represents a major challenge for cities. At the same time, most cities around the world are struggling to provide safe, respectable, affordable housing for their citizens, with rent accounting for more than 50% of some incomes. The World Economic Forum recently warned that “a world in which only a few can afford housing is not sustainable.”

At a time when the future of urbanism is increasingly being defined by new technologies designed to enhance the everyday life of the user, architects and urbanists must remember that a smart city is an accessible city, and also an affordable city. As discussed at the beginning of our monthly study on accessibility, it is important to note that a truly accessible city is one where people of all abilities, incomes, races, genders, and religions, can live and thrive in an urban environment centered on the human experience.

This is not to suggest that technology does not have a role to play. In fact, as we are about to see, both architects and end-users are being exposed to a wide variety of smart innovations to further advance the cause of universal design, from navigating the city for a wheelchair user, to building homes in urban centers for an affordable housing market.

Mapping apps are not a new phenomenon for cities. However, in the hilly city of Seattle, where many neighborhoods have no pavements and 10% to 20% slopes, the University of Washington has developed an app allowing pedestrians with limited abilities such as wheelchair or crutches to map accessible routes. AccessMap can be programmed to avoid steep inclines, and instead seek even terrain with crossings, to the user’s preference.

Where AccessMap focuses on Seattle, developed and maintained by a dedicated team, Wheelmap takes the same principle and creates a worldwide, open-source platform for wheelchair accessibility. The map works similar to Wikipedia, where anybody can contribute and mark public spaces according to criteria of Green (fully accessible), Yellow (partly accessible), and Red (not accessible). Using OpenStreetMap as a base, the platform shows 157 types of places, and is available in 25 languages. The service is available as a web application, and for smartphones as an app.

BlindSquare - Accessibility for the Visually Impaired

While AccessMap and Wheelmap aim to make cities accessible to those with mobility issues, BlindSquare seeks to accomplish the same goal for the visually-impaired. The app uses GPS to locate users, and gathers information about their surroundings. Activated through voice commands, the app helps the blind and visually-impaired to navigate cities, find cafes, and can also be tailored for public transport to highlight next stops and street crossings.

Cities across the world are embracing accessible signage, with initiatives such as Legible London, WalkNYC, and Rio on Foot. Furthering this trend is Reading Madrid, a combined effort by Applied Wayfinding and local Spanish firms Paisaje Transversal (urban strategy), Avanti Avanti Studio (Design for All), Urban Networks, and Paralelo 39 (urban designers and architects), under the guidance of Dimas García. The project aims to improve legibility, safety, and autonomy in cities through a system of wayfinding cubes, and strategically-placed interactive fixtures. Read more from our in-depth analysis here.

Architect and professor Sean Ahlquist, along with MSU playwright Dionne O’Dell, has created a sensory theater experience for children with autism spectrum disorder (ASD) challenges, designed to enhance the ability of those with ASD to interact with the world around them. Emerging from an initial 2D project titled Stretch|Color, the latest adaption features a 3D developed structure serving as a focal point for a play written by O’Dell. The creators believe it holds new possibilities in the realm of sensory performance, enhancing the user's experience of schools, museums, and public places throughout cities. Read our article on the project here.

Bryden Wood, Cast, and the Mayor of London have launched a new app to speed up the capital’s homebuilding. The freely-available app, titled PRISM, is aimed at the design and construction of high-quality, factory-built homes to address the current demand of 50,000+ houses per year. London will be the first city in the world to make use of a freely-available app of this kind, sharing precision housing knowledge and leveraging technology to revolutionize the design process. The designers believe that making the app opensource will encourage greater collaboration, and will allow this innovation to be used and further developed by the global community. Read more about the technology from our previous article here.

3D printing offers tremendous economic and efficiency savings for the future of housing in cities. ICON, a construction company based in Austin, Texas, has recently partnered with New Story, a non-profit focusing on housing, to create a 3D printer that can build houses for $4000. The printer, called the Vulcan, is capable of printing a 650sqft, single-story home out of cement in 12-24 hours. Learn more about the project here, or read our in-depth analysis in 3D printing as a solution to affordability in cities here.

Known for simple, well-designed, flat-pack furniture, IKEA is proposing expanding their DIY-model to a much larger scale: entire city centers. Democratic Design Days is an annual event where IKEA introduces its upcoming brands and collaborations, this year featuring The Urban Village Project, a collaboration between SPACE10 and EFFEKT Architects. With an overarching goal of improving our quality of life, The Urban Village Project includes a multi-faceted approach. Shared living communities provide a variety of options for different types of families and living situations: from a single person, to a group of roommates, to multi-generational families, the housing is designed to be adaptable within a modular building system. Learn more from our article on the project here.

iBuild is a citizen-centric app that facilitates the home self-construction process. Highlighted by the World Bank as a potential solution to affordable housing in emerging countries such as Indonesia, the technology sources contractors to get quotes for projects, purchase materials, and track the progress of construction projects. The goal of the app is to empower citizens to take control of the construction process, improve transparency, and collect data to inform policymaking.

Also identified by the World Bank as a disruptive technology with the potential to address housing affordability, Blockchain has been touted as the future of business. A secure, transparent, efficient digital ledger has the potential to streamline the land titling process, and provide a tamper-proof method of documentation for the transfer of land. With almost 20% of urban slum dwellers having no formal tenure on their homes and no way for finance for home improvement, Blockchain offers the potential for networks of community workers to survey and map land/property ownership in a transparent, decentralized, cost-effective way.

This article uses information sourced from the United Nations, The World Economic Forum, The World Bank, The Guardian, The Atlantic, and Medium. 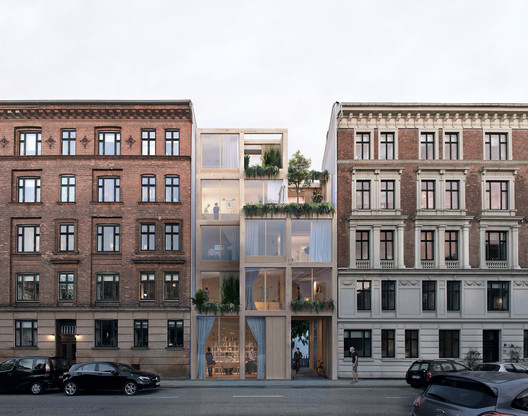