Text description provided by the architects. The new University District Gateway Bridge is located in Downtown Spokane, between the University District and the east Sprague neighborhood. The dual-span bridge crosses over the BNSF railway and East Martin Luther King Jr. Way, generating new connections within the local community and fostering new development in the traditionally underserved Sprague neighborhood.

The robust details of the 450-foot span bridge were inspired by traditional railyard bridges, while the 120-foot tall concrete arch establishes the bridge as an icon and significant new landmark on Spokane’s skyline. The bridge deck is suspended from the arch with thick steel cables and stout connectors, creating a visual counterpoint to the graceful curve of the bone-white arch. The sturdy 10-foot-high throw barrier, required by the railroad, completes the composition with built-in pathway lighting. At night, four large floodlights and the programmable color changing LED system illuminate the iconic structure, enhancing its visibility from throughout the city.

The bridge is anchored on the north by a spiral ramp and grand stair connecting to a new Washington State University campus promenade, and on the south by a lower ramp and stair, providing access to South Sherman St., Sprague Avenue and beyond. The ramps and stairs allow for separate parallel routes for pedestrian and cyclists at the landings, while the main span combines travel modes with clear sightlines and generous width.

The University District Gateway Bridge and plazas at the north and south create a new civic space connecting the north and south parts of the University District, spurring economic growth on the south side of the tracks and linking the university with housing and retail opportunities. The bridge is a symbol of urban revitalization and regeneration of this important neighborhood for the citizens of Spokane. 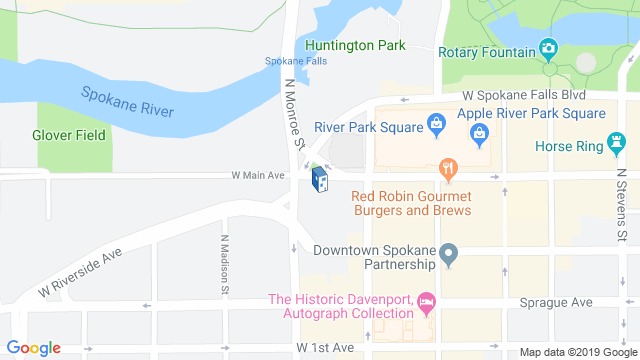 Location to be used only as a reference. It could indicate city/country but not exact address.
Share
Or
Copy
About this office
LMN Architects
Office
••• 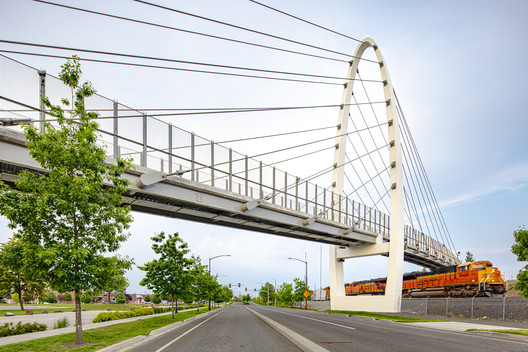