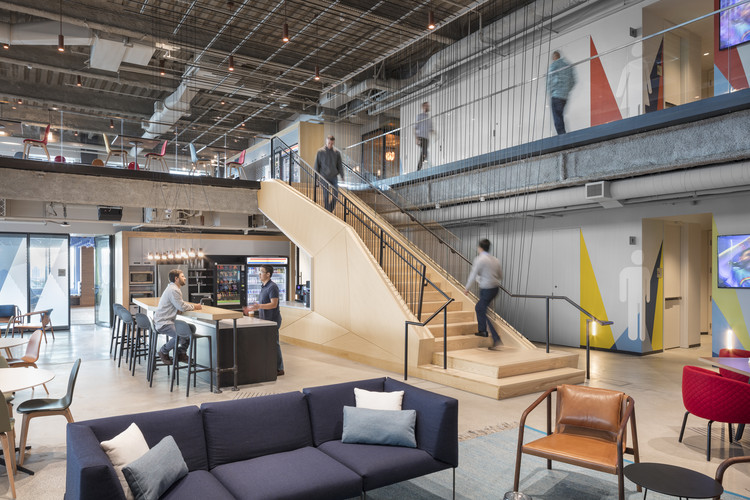 Text description provided by the architects. The Microsoft New England Research and Development Center (NERD) at 1 Memorial Drive has long been a center of technology innovation in the Kendall Square community. As one of six Microsoft global R&D sites, it has a strong focus on the engineering development of new software products across multiple platforms. It was important for Microsoft to remain true to their brand of technology being an integral part of daily life, and with increasing pressure on recruitment and retention of the best talent, as well as from the tight real estate market in Cambridge, Microsoft chose to rethink its sense of place at the NERD Center.

This effort focused on three aspects: reimagining how its employees work and come together to invent; a complete rethinking of what an office environment should feel like to support an often intense engineering process; and the representation of the Microsoft identity and values to the outside world—all while remaining in place and continuing operations. In its previous incarnation, the NERD Center was 100% private offices. Everything was focused on individual coding. People were extremely isolated, making it a challenge to come together as teams outside of the occasional formal conference room. In the new layout, workspace is imagined as layered, supporting different levels of interaction and individual focus.

At the perimeter, everyone has been pulled out of private offices. Project teams sit together in team suites of 12-20 people. While the suites themselves are enclosed, desks are very open with no work station panels. They are also highly mobile allowing teams to configure their suites at will. The next layer features two space types. The first is a variety of open meeting areas, one outside each suite, including technology, whiteboards, and different types of furniture arrangements. While these are not owned by teams, they essentially act as a front porch along the main circulation route. Also embedded within this layer is a series of small meeting rooms and individual focus rooms.

None of these are reserve-able or owned by any department, which provides the opportunity to quickly shift to a quiet space as needed. The third layer is the main circulation route, which links all teams to each other, then to a series of scattered larger conference rooms, and finally to the main two-story social hub. Microsoft’s space is distributed throughout the building, with floors 10-11 and 14-15 housing most of the engineers. The social hubs serve as major focal points for these communities, acting as living rooms to bring everyone together. They are also emblematic of Microsoft rethinking the idea of an office: to create a place that feels less corporate and more welcoming and comfortable.

Throughout, there is a variety of warm and patterned materials, distinctive lighting, and furniture evocative of boutique residential or hospitality environments, rather than an engineering headquarters. This atmosphere extends to the main customer and reception floor as well, but instead of just meeting space, this floor highlights Microsoft’s focus on exploration and innovation. The first floor is home to Microsoft’s ‘Garage’—with prototyping maker space, virtual reality and green screen rooms, and spaces for internships, community outreach, and partnerships with groups such as Girls Who Code. These spaces are supported by a staffed barista bar all adjacent to a larger suite of multi-purpose rooms for internal all staff meetings and industry events.

As Microsoft chose not to relocate the NERD Center and remain in place, the project was subject to a highly complex phasing and delivery schedule to maintain continuous operations. Initially, half of one floor had to be delivered prior to final programming to accommodate the schedule needs of a particular group. As construction proceeded with two floors built at a time, this half floor was then reverse engineered to update finishes and furniture. The complete phasing required multiple packages, a rolling approval process with the landlord and the City of Cambridge, and continuous feedback from staff to incorporate lessons learned from one phase to the next. 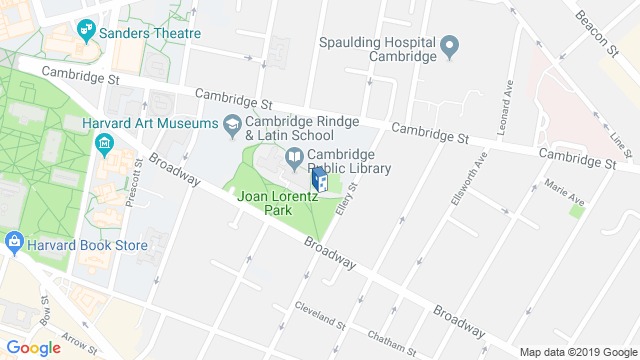 Location to be used only as a reference. It could indicate city/country but not exact address.
Share
Or
Copy
About this office
Sasaki
Office
••• 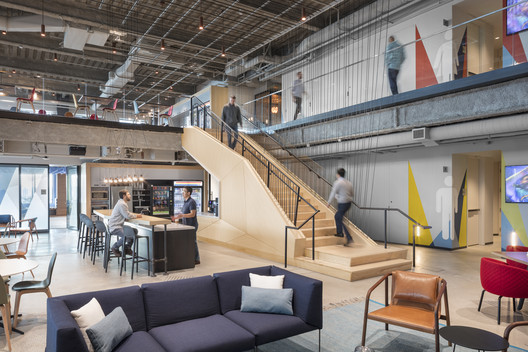