Text description provided by the architects. The building of Coimbra's Old Ceramics is located on the protection limit of the classification of the Rua da Sofia and Alta in the city of Coimbra (Portugal), included in the classified list of World Cultural Heritage sites of Unesco. Located in the lower part of the city, in a medieval yard that has mutated over time, the site is in an old alluvium zone, an area affected by regular floods. The surrounding territory was, until the mid-XX century, due to the geological and moisture characteristics, suitable for the manufacture of clay, the raw material of handmade ceramics. This area of the city does not have strong winds nor any specific climatic condition of the region. Temperatures can range from 40°C to 15°C in the summer and 18°C to 0°C in winter.

The building of the Old Ceramic Society of Coimbra was part in a vast (now extinct) cluster of ceramic production units from the 18th century in this area of the city, in connection to the University of Coimbra. This building is the only example left with distinctive features and an important part in industrial archeology and heritage linked to the ceramics of Coimbra. Being the only original factory still operating, hence its exceptional interest in industrial archeology, it was imperative recovering, preserving and recontextualizing its heritage, renovating the building and equipping it with museological conditions to expose its heritage, while keeping its unique production.

The production area splits over two floors: on the ground floor, the pottery section (whose circuit is with raw material and its indispensable storage supports) and the section of the kiln; on the first floor are located the glazing and painting sections. Keeping the original building volume was followed by the option of maintaining the maximum of structural elements (carefully removing the overlapping elements, often reallocated), restoring most of the building and inserting new elements when necessary, but essentially maintaining the same crafted constructive processes.

The kiln typology (18th century) corresponds to the depictions included in the studies of Charles Lepierre. The conservation and restoration approach was based on a non-intrusive minimal intervention strategy, allowing a constructive and functional interpretation of the unit, leaving the manufacturing marks visible. Architectural solutions emphasize the continuity between the times, without ruptures. Completely built with exterior load-bearing stone walls, pine flooring, and partitions, it has several traditional elements such as brick, plaster, and lime (outside). The structure of the building has been partially restored and relocated. The roof was completely redone given its advanced degradation while maintaining the original volume of the building.

The walls in stone masonry were structurally consolidated. The so-called "traditional mortars" were used for the exterior walls, based on slacked lime and finished with a manual trowel. With an irregular shape, due to the successive morphological transformations of this urban fabric, the building has two façades (the East and the West), allowing adequate natural ventilation, with small openings. The whole building has an excellent passive energy behavior, not requiring any mechanical ventilation. As for ventilation support, the building has the large chimneys of the old kilns, which acts as a natural ventilation duct with the excess heat, or is kept closed when one needs to keep a warm temperature (heated through wood stoves). 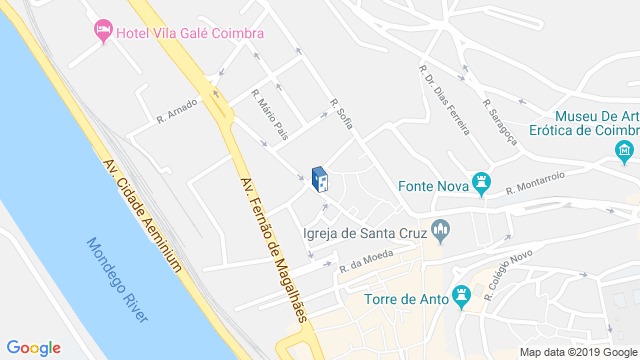 Location to be used only as a reference. It could indicate city/country but not exact address.
Share
Or
Copy
About this office
Luisa Bebiano Arquitectura
Office
•••
Atelier do Corvo
Office
••• 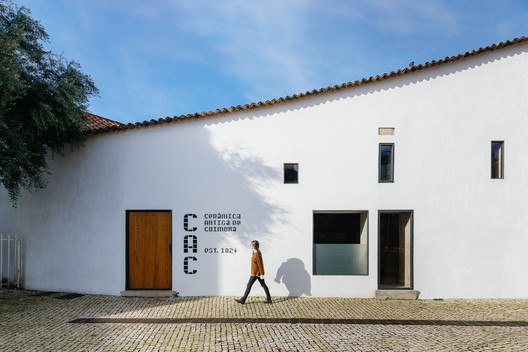