Paradigma Ariadné received an honorable mention in the Budapest South Gate Competition for their masterplan project in Hungary. Working with urban planners Spacefor Architect, as well as landscape and traffic designers Lépték Terv and Krisztina Mihálffy, the team's proposal was designed as a new neighborhood in Budapest for university students along the Danube river. 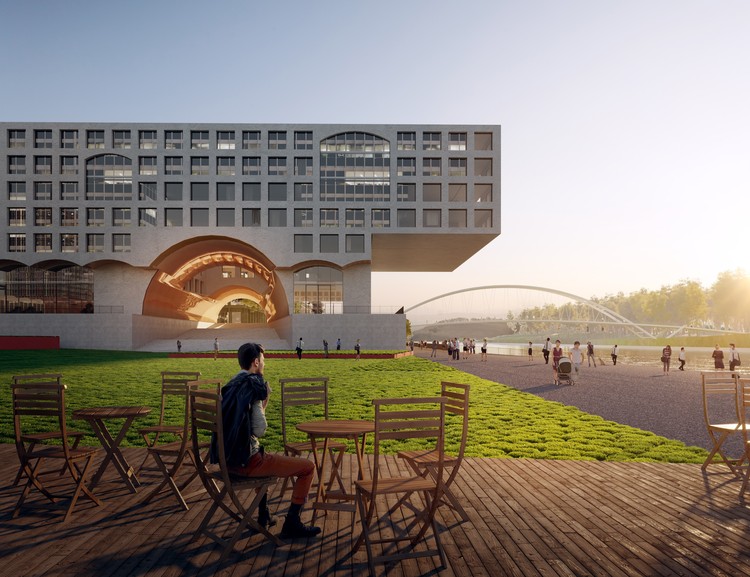 The aim of the proposal was to contribute to the development of Budapest by reinterpreting the defining characteristics of the city. First, the team created links between downtown and uptown Budapest in hopes of creating future urban developments along the Danube river. As the team states, "following the execution of the plan, citizens of Budapest will be more connected to this new area of the city. A circular square seems familiar to us because of Kodály Circus, and an octagonal square feels like home to the citizens of Budapest because it resembles the Oktogon Square. Streets that are strictly perpendicular to the Danube are also very familiar to anyone who has ever sailed on the Danube through Budapest."

The development process was split into three parts in order to define different quarters inside the masterplan. Most of the dormitory buildings were placed on the southern part of the plan and future business developmental efforts to the northern part. Between the two parts there is a whole quarter dedicated to innovation, knowledge transfer and leisure. In this area the team also defined the Green Slope to make contact with the water. At that part the solid urban square converts into something new, which the team called “fluid public square”. The meadow enters the river allowing citizens to walk, play and connect with the water. 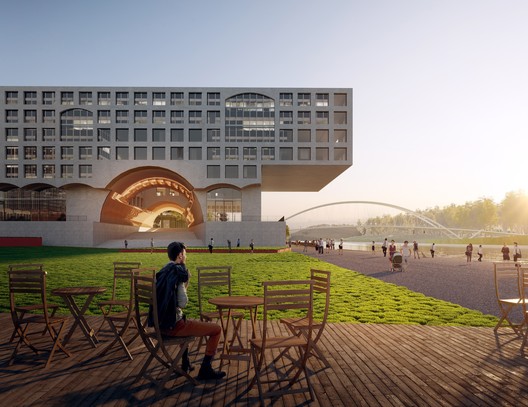