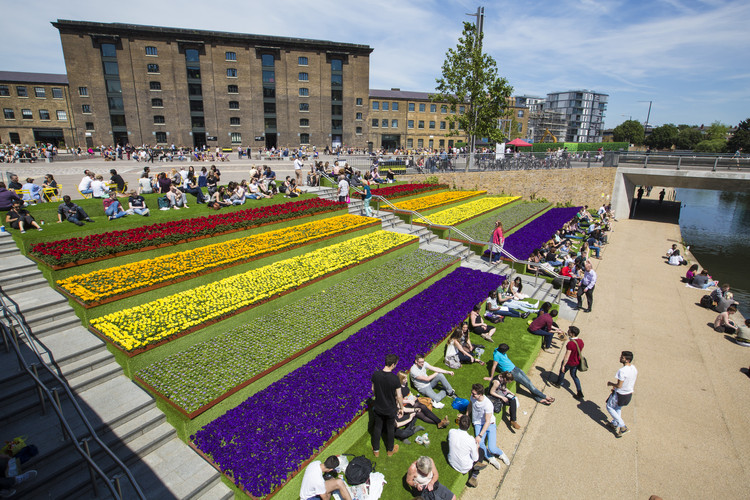 Text description provided by the architects. The Canal Corridor runs through the heart of the King's Cross development along the Regent's Canal. The Canal Corridor is a series of spaces, forming a linear park over 600m long that provides connections to and from the surrounding area.

The waterway played a vital role in shaping the area's history. Once the tradesman's entrance to the industries that lined its banks, a new public realm has been delivered making it a place to be enjoyed by everyone. Improving access and re-establishing its importance as a route and a focus for biodiversity was a key goal. The Canal Corridor is part of the wider King's Cross redevelopment of 67 acres of redundant rail marshalling yards north of King's Cross and St Pancras Stations.

The King's Cross masterplan identified two key axis, the first, a north-south central spine extending from St Pancras and King's Cross Stations in the south, over the Regent's Canal, through Granary Square to Lewis Cubitt Park and York Way beyond. The second axis is an east-west link along the Regent's Canal connecting under the railway lines to Camden in the west and to the Maiden Lane Bridge and Islington to the east, forming the Canal Corridor.

The Canal Corridor aims to celebrate the architectural heritage whilst improving access and re-establishing its importance as a route and a focus for biodiversity. The corridor has the most open aspect of anywhere at King's Cross and its south facing location means that the corridor receives sun throughout the day.

From east to west these spaces are as follows: Wharf Road Gardens - the sinuous landscape with undulating lawns running along the southern side of the Handyside Canopy to York Way.  The towpath and Ghat Steps - a new canal path north and south of the canal with seating steps connecting the towpath and Granary Square. Bagleys Walk- the linear   landscape running along an existing viaduct structure. Gasholder Park and Gardens - the winding landscape flowing around the Gasholders structures and the more formal landscape within the structure of Gas Holder #8

The Canal corridor has been delivered in phases over a number of years with the final piece, the Gasholder Gardens, opening in Autumn 2017. 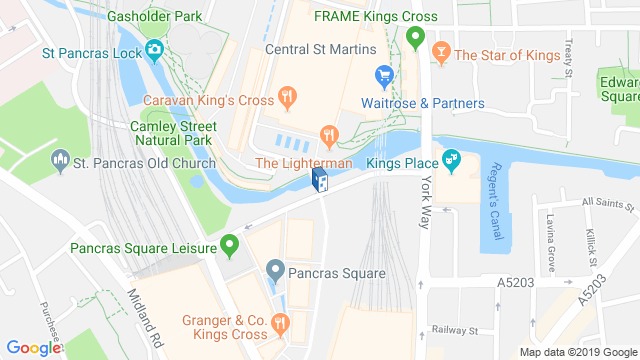 Location to be used only as a reference. It could indicate city/country but not exact address.
Share
Or
Copy
About this office
Townshend Landscape Architects
Office
••• 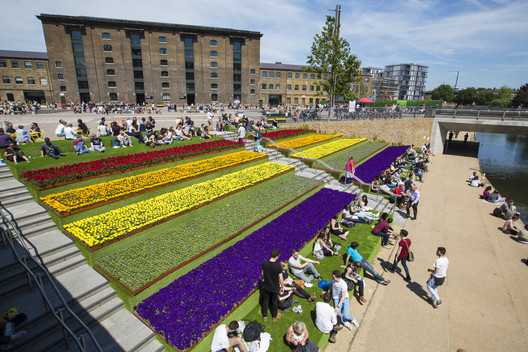