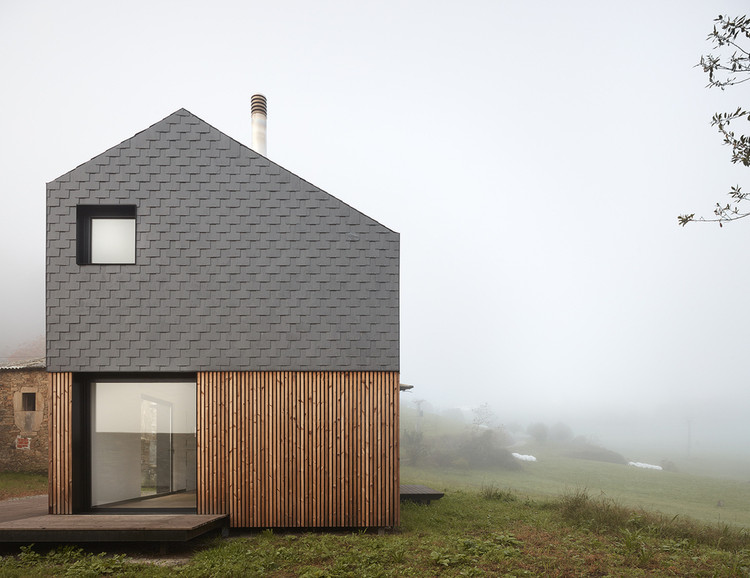 Slate is a mineral product, completely inert and ecological, with a simple and efficient production process. It is one of the most versatile natural products, adapting to any project as a coating material, from roof to floor and façade.

It is resistant to extreme temperatures, with a lifespan of 100 years and a high impermeability, slate guarantees a reliable performance in any climatic condition. Its diversity in shapes, sizes, and textures allow for a multiplicity of combinations inviting architects to awaken their creative side.

We've compiled a list of 7 exemplary homes that have used slate as a wrapping material.

Ventilated Facade
Slate is a great option to thermally insulate the exterior of a home. It acts as a natural barrier and protects against climatic adversities. In addition, the combination of external thermal insulation and the ventilated air chamber generates significant energy savings, improving the thermal comfort of a home.

Thermal Panels
The thermal properties of slate can be used to transform sunlight into energy. You can use slate solar panels for heating, hot water, even to heat your pool, improving the efficiency of a home.

Slate is easily assembled with little to no maintenance.

Both the roof and facade of Summer House are covered by a dark slate. Generating an interesting contrast between the exterior and interior.

The materials of this house are simple. Slate and zinc will age with time, reflecting the seasons and passage of years, while resisting the harsh and brutal conditions near the ocean.

The facade was assembled by an artisan from the area. The combination of slate and wood represented a mixture of technology and tradition for the architects.

Respecting the scale and dimensions of the neighboring properties, the distinctive black façade covered with blocks of natural slate in contrast to its white balconies automatically makes the building stand out from the rest of the street.

The house uses slate as solar panels, taking advantage of energy to regulate the heat, the humidity in the air, and CO2 in the rooms. The house also has an automatic façade system that adapts to the seasons and extracts fresh air from the house.

The slate of the façade becomes part of a palette of colors, which, together with the wood and stone walls, merge into the horizon as part of the landscape.

To integrate the project into the environment, natural slate was chosen and used as a "leaf" folded around the house, offering protection against the oceanic climate, isolation, and a tool for optimizing energy throughout the year. 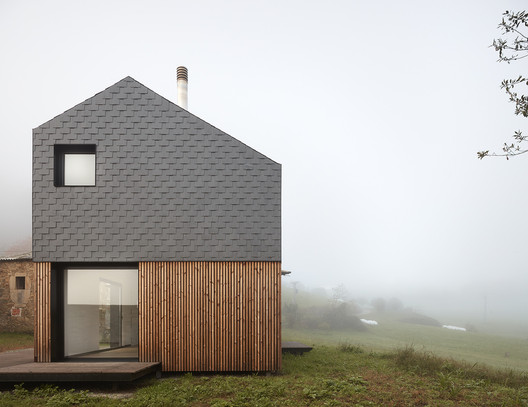