Text description provided by the architects. This pavilion is a part of a project “Open-Air Flat” organized by PIK Group – a leading real estate developer in Russia – for Picnic “Afisha” music festival. Pop-up structures that symbolized the rooms of an abstract flat were situated in different areas of Kolomenskoye park, where the festival has been taking place since 2007.

The object is a reinterpretation of a living room which is a common space for communication and activity in any flat. Not by chance it was situated in one of the most crowded areas of the festival just between food court and main music stage. This specific location implied the pavilion to be an art object as well as having a clear practical purpose.

With its semi-transparent walls constructed out of rainbow-colored plastic tubes, the pavilion truly stood out from the surroundings. Inside this building is divided into various compartments. Each of them has a separate and individual structure forming together an accurate rectangular-shaped form filled in with an irregular grid of white metal framework and plastic tubes. Deliberately uneven sections create a dynamic and expressive composition that brings a slight ripple into this seemingly austere shape. Situated on a bright green lawn, the multi-colored living room pavilion can be compared with a glitch effect that had suddenly appeared in a CGI landscape.

Apart from its remarkable design, the pavilion was also meant to be a functional chill out area. Comfortable armchairs and loungers for festival goers had been installed in every section. These pieces of furniture were merged together with coffee tables and lamps into light-weight constructions. Pavilion’s lucidity allowed the visitors to see what was going on in the festival’s other areas and even watching the show on main stage without leaving the space.

Despite being a living room, the building is more of a one-story mansion that calls to mind such 20th century classics as Villa Savoye and Farnsworth House. Its furniture is also inspired by the iconic designs of Marcel Breuer and Le Corbusier. Though highly influenced by a modernist architecture, the pavilion offers its very own outlook on the international style private mansions.

The extreme transparency of this pavilion is different from that in Philip Johnson’s Glass House or the already mentioned Mies van der Rohe’s Farnsworth House. Its emptiness is an emptiness of a clear prism that is waiting for a ray of light to turn into a rainbow. This ambivalent impression is amplified by an irregular framework grid that symbolizes the result of the building’s total deconstruction as well as a layout of a building that hasn’t been constructed yet. A flickering and always evolving structure relates to the works of 1960s conceptual architecture groups such as Archigram and Superstudio – they both were using grid in their utopian projects considering it an ultimate never-ending game board for their experiments. Few decades later the grid was immortalized in science-fiction cliché of “cyberspace”. Using its deconstructed version in this contemporary yet retro-futuristic pavilion is a smart and elegant solution. 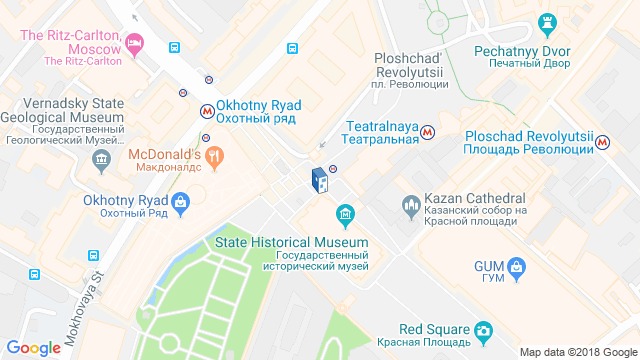 Location to be used only as a reference. It could indicate city/country but not exact address.
Share
Or
Copy
About this office
project eleven
Office
••• 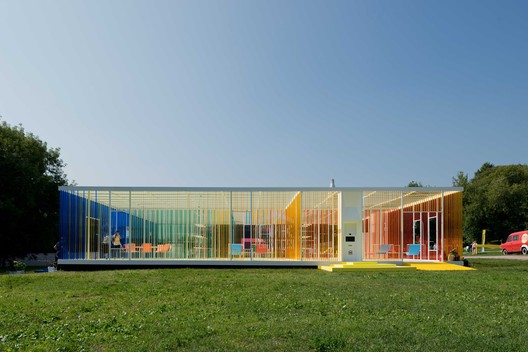