Text description provided by the architects. The project of Olivier Debré Contemporary Art Center originates in an international competition that called for proposal to transform the former “Ecole des beaux-arts” in Tours in a space for the exhibition and creation of contemporary Arts, alongside with the conservation of the collection of the abstract painter Olivier Debré.
The ambition of the program was to respect and dialogue with the dense historical city center, to conserve the character of the existing building, but at the same time to provide huge scale voids for the new exhibition function as well as an open relationship with the city. The project originated in the existing conditions: a valuable architectural heritage, a particular urban context, a lucid ambition expressed by the competition brief. Accompanying them is the unique illuminating vision of reality in the work of Olivier Debré.

The project strives to clarify the building components in their reciprocal relationships, the urban context and the program they will contain. Two isolated volumes are proposed, two moments that belong to separate times: the preexisting main volume is preserved and isolated to intensify its symbolic value as a public building that belongs to a specific historical moment; a new volume emerges alongside, juxtaposed to the older one with its absence of scale and time. The distance between the two volumes is measured by a transparent and communicative body of light that makes the complex permeable and gives meaning to its urban condition.
The project balances on the subtly antinomic dialogue between the two buildings: on the one hand, an extroverted volume places in the ground; on the other hand a smooth and monumental completely introverted block, offset compared to the first, floating above a glazed void.

However, their tangible texture is symmetrical, the white massif and thick limestone of the new building echoing the tonality of the reconstituted stone slabs of the historical building. Creating an image that clearly belongs to the collective memory of the site, the stone is posed with the regional traditional technique of masonry. Its expressive possibilities are explored to intensify its timelessness, weight and temperature. The construction is built out of stone, while spaces are carved by light originating voids that provide the possibility of a completely open and new program. 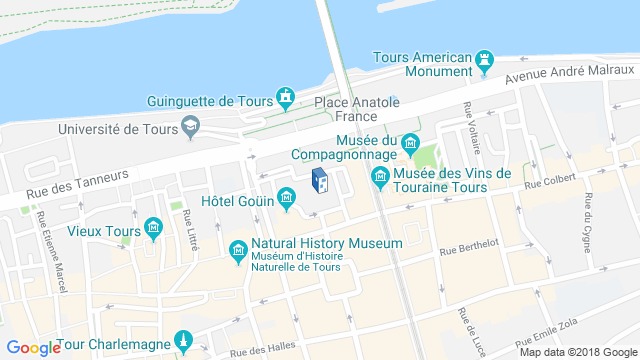 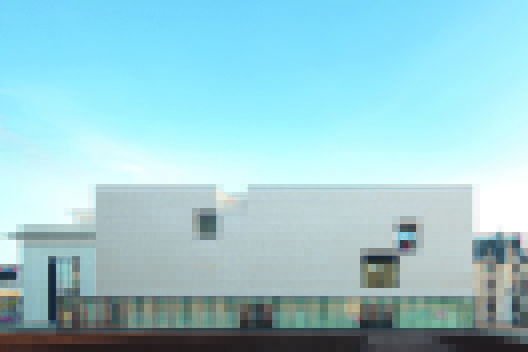