Text description provided by the architects. Museum Boijmans Van Beuningen and the Museo Nacional del Prado in Madrid both have unique collections of oil sketches by Peter Paul Rubens (Siegen 1577-Antwerp 1640). For years they have shared a wish to bring together the finest works from their collections and complement them with masterpieces from other museums to create an unprecedented overview. Rubens was the master of the oil sketch. He was the first artist to prepare a great many of his important compositions by painting sketches on panel. Whereas Rubens’s large works are sometimes described as hackwork, in part because of the contributions often made by assistants, the brilliant, virtuoso – almost impressionistic – touch of the master himself is always present in his oil sketches.

The oil sketches on panel Rubens made in preparation for his works are relatively small. Rubens painted all these sketches himself, and they are considerably smaller than the large works for which they were used. When the sketches are placed in proximity to the large paintings based on them, the large works inevitably command the most attention. The aim of this exhibition was to focus on the oil sketches. Using such spatial means as perspective and orientation, we have tried to reverse the hierarchy in the Bodon Wing and place the sketches in the foreground. Rubens went to Italy in 1600 and visited Genoa in 1604. He was so affected by the beauty of the palaces there that he published a two-volume book entitled ‘Palazzi di Genova’ in 1622. This is his only purely architectural treatise.  It is the language of these plans that inspired the layout of the exhibition.

Story
Ard de Vries Architecten tried to construct the story that curator Friso Lammertse told about Rubens. From the entrance you walk through a closed corridor, which creates distance and only allows you a view of Achilles Discovered among the Daughters of Lycomedes. You come into the prelude: a square space with a round light overhead. On the right you see the finished work derived from the oil sketch of the unmasking of Achilles, which comes from the Prado. On the left you see three entrances to the heart of the exhibition.

When you walk though one of the three entrances you arrive at the heart of the exhibition with the sculpture of the wrestlers in the centre. In the circle hang the works from the Classics and Rubens’s Italian period. In the rectangular space around it we made the walls thicker to introduce a new classical scale. We made niches in those walls in which we were able to light the works more effectively. Keep on walking and you encounter a square object with a circle in it. On one side hangs the large tapestry The Wrath of Achilles; on the other there is a circular display case with nine small oil sketches that overlook ‘The Triumph of Bacchus.” Just before you leave the room, ‘A Parrot’ looks at you. 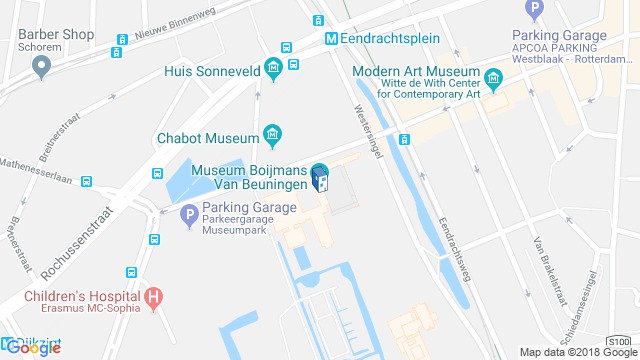 Location to be used only as a reference. It could indicate city/country but not exact address.
Share
Or
Copy
About this office
Ard de Vries Architecten
Office
••• 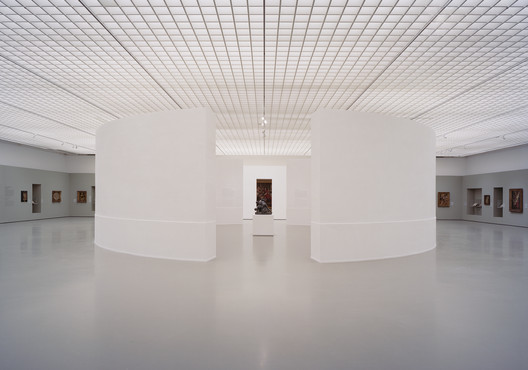