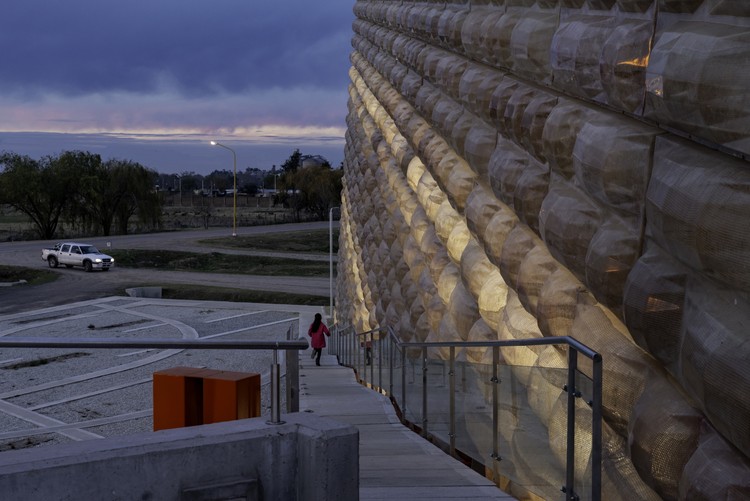 Text description provided by the architects. The work celebrates the agrarian rebellion of small rural tenants, mostly Italian and Spanish immigrants, known as "El Grito de Alcorta" (1912). With epicenter in the town of Alcorta, it spread throughout the Santa Fe province and later the country, giving rise to the Argentine Agrarian Federation (FAA). Working with FAA Assembly through participatory collaboration involving the Alcorta Commune, the Santa Fe Province and the Federal Government, the memorial not only evokes the farmers, their work and struggles, the use and possession of the land, and the cooperativism, but also actualizes them in a daily gathering space for farmers and citizens, overcoming the passive, reverent monuments of the past.

Only four large exposed concrete foundations were present in the bare 100m. x 75m terrain, built in 1962 for the 50th anniversary as part of a monumental project of sculptural figures in the style of Vera Mukhina's soviet "socialist realism". The current 400m2 building program developed with the FAA unfolds small cultural functions, a Civic Plaza that allows the realization of public celebratory acts of the deed, an Auditorium for 150 people, and a Gallery of permanent and temporary exhibitions or interpretation center where historical objects from the 1912 events were brought from the Provinces.

These interior’s intense and intimate scales are housed at the northwest face by an extensive, folded exterior plane structured by large steel rhythmic porticos, inclined frames and modular rugged panels. This screen carries the expressive aesthetic content, while articulating the monumental scale as a classic scenery, a forced perspective for tracks circulating on Route 90 or arriving from the town. The massive relief recalling historic "stockpiles" of burlap or tow corn sacks, as rescued from the FAA photo Archives, materializes through a locally crafted panels’ system made out of resin reinforced with fiberglass and crude burlap molded on geometrically pixelated wooden forms. The west pavilion contains FAA offices and public toilets, in a reinforced concrete structure and steel profiles emerging from the plowed earth. Above it, on the descending terraces —accessed by an exterior ramp along the main screen and a staircase following the stepping—, the vast horizon and Pampean splendid sunsets are being contemplated.

Rough textures at different scales recover a textile and tactile grain portraying in a common language the labor engraved by the agrarian workers on the land, their tanned skins rugged as furrows, cracked by the sun —observed in the painting "Manifestación" alluding to the Grito de Alcorta by artist Antonio Berni (1934)— their clothes and the rough bags finally piled up in the stowage. This is reconstructed as a free stacking wall and horizontally extruding porticos that conjugate to form continuous sections. This fluted surface unfolds beyond the building while the lateral sectioning of the sheet metal panels finally reconciles the building with the horizon. The exterior plowed pampas become intimate to the interior, forming plywood furniture, extending the greatest possible exhibition surface by stretching the inner lining, until wrapping the auditorium in furrowed boards, ascending grooves and wheat ears. 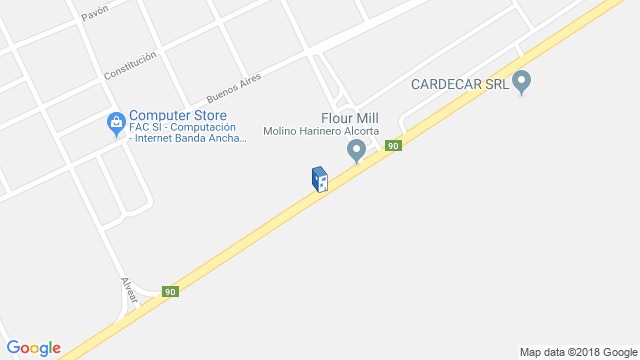 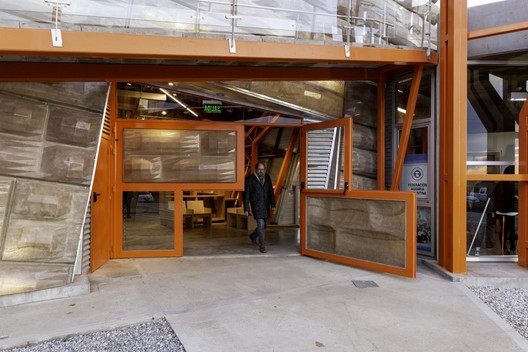 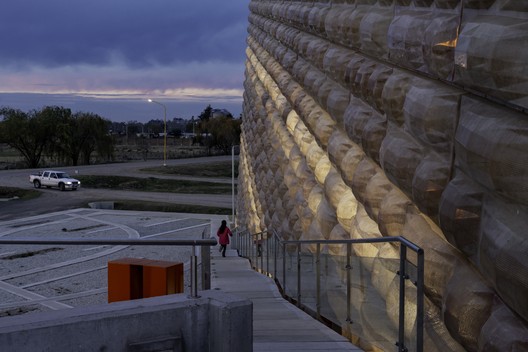