Text description provided by the architects. Westside School, a pre-K through eighth grade school serving 360 students, was about to lose its lease. At the same time and nearby, the Hillcrest Presbyterian Church, located in a residential neighborhood southwest of downtown Seattle, found itself in an awkward position. Its congregation had decreased in size over the years, but remained in a large well-loved, but inefficient 1970s-era facility. A plan was born: the church would co-locate with another church nearby and sell its facility to the school to fund ongoing operations. The soaring, vaulted wood roof structures of the church would be resurrected as a school and new home for Westside.

As stewards of the next generation, Westside was committed to extensively reusing the existing church structure and minimizing the embodied energy used in new construction. The church’s soaring wishbone-shaped nave was the departure point for our imagination. Inspired by the soaring nave we preserved the 45-foot-long glulam arches and reconfigured the space to accommodate classrooms, offices, support, lunchroom, and storage, preserving the existing gym. The challenge was to connect the existing structure to the new entry foyer in a way that communicates a sense of unity. The architecture provides a range of engaging learning environments. Idea spaces carved into the classrooms provide flex space for spontaneous meetings and informal, smaller, group learning. Other found spaces encourage interaction, creativity, and curiosity. The new entry forms a central, transparent gathering and display space where parents, faculty and students convene and connect. The 55,000-square-foot unified structure (35,000-square-foot renovated / 20,000-square-foot new) embodies learning, linking the school’s present with its future and past.

All aspects of energy savings were looked at in the design, including lighting, daylighting, HVAC, natural ventilation and future PV panel mounting provisions. Lighting throughout the building is entirely LED, with an installed lighting power density of less than 0.3 W/ft2. After consulting with Seattle’s Integrated Design Lab, carefully oriented and sized skylights were introduced into the nave roof to reduce electric lighting loads in the newly created auditorium and library.

The philosophy for the mechanical system design was a Design For Off™ approach, focused on right-sized zonal equipment that can operate independently from neighboring spaces for heating, cooling and ventilation.

New portions of the envelope were built to meet strict Seattle Energy Code requirements, and the majority of the gym and nave roofs and walls were replaced and/or re-insulated. New classrooms feature operable windows to take advantage of Seattle’s moderate climate. Ceiling fans help evenly distribute the fresh air in classrooms and provide air movement for improved thermal comfort. First school year building operation achieved a measured EUI of 14 kBtu/ft2·yr. The old Westside School building operated at 48 kBtu/ft2·yr, 39 kBtu/ft2·yr of which was space and DHW heating. The new building is 70% more efficient than the school’s former building.

Westside School is now one of the most energy-efficient schools in the Northwest region, created with an extremely small HVAC budget, and achieved by concentrating on introducing energy efficiency where it would count the most. The result is a building that easily meets the 2030 Challenge. 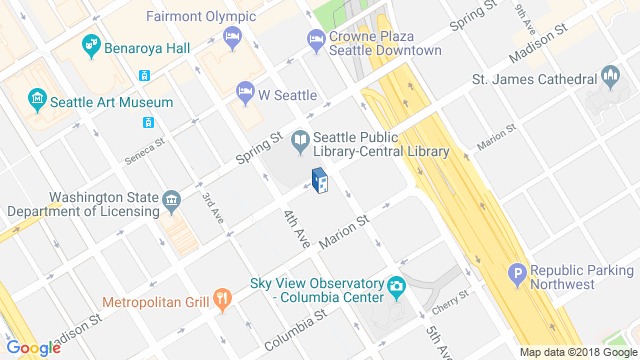 Location to be used only as a reference. It could indicate city/country but not exact address.
Share
Or
Copy
About this office
SKL Architects
Office
••• 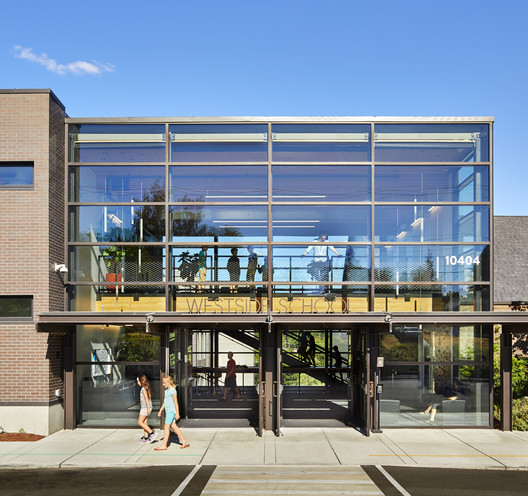