Since its unveiling in November 2015, the scheme has gone through multiple iterations, before a final approved scheme began construction in 2017. The towers are expected to be completed in 2019.

Learn more about the building in our previous coverage, here, and the official building website. Photography courtesy Andrew Campbell Nelson.

News of the topping out comes days after two other milestones for BIG, with their Vancouver House topping out Canada, and their Shenzhen Energy Mansion in China officially completed. 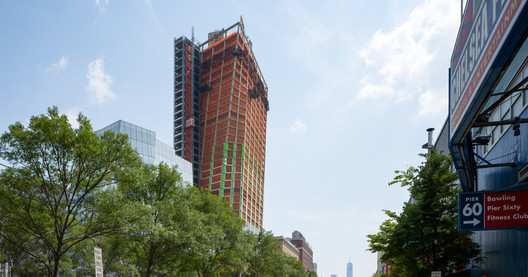