Text description provided by the architects. The circular form corresponds to the beginning, and leaves open the possibility of forming the main directions and groups of objects within the future new solution for campus. At the same time, communicational circular corridor is continuous communication between laboratories, which has no beginning and no end, nor hierarchy between the individual spaces.

BioCentar is the first newly constructed content of the university campus in the former barracks ''Borongaj''. Sketches for the Innovation Centre for Bio-Science, the first object of its kind in Croatia, were started in 2008, and projects of BioCentar were completed in 2010. The construction of the facility size 6757 m2 lasted from 2012 to 2015. 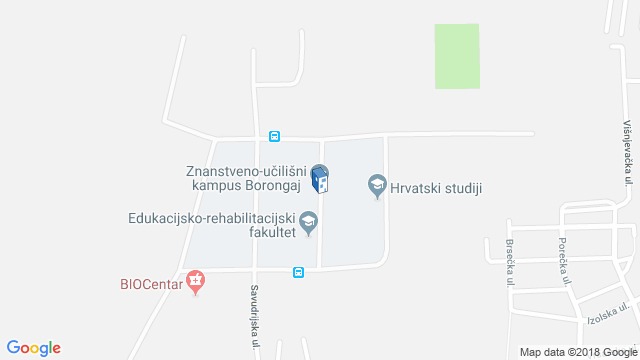 Location to be used only as a reference. It could indicate city/country but not exact address.
Share
Or
Copy
About this office
KATUŠIĆ KOCBEK ARCHITECTS
Office
•••