Japan-based Moriyuki Ochiai Architects have designed a cluster of tea rooms located in a rural area known as Bisei, in the Okayama Prefecture. This town is known as both the place where green tea was introduced to Japan and as a "sanctuary for stargazing", which inspired the firm's design to create a strong connection between the tea rooms and the surrounding scenery.

The site itself is located near rolling hills and mountain ranges, and year-round hosts events for the Astronomy Club, the Tea Ceremony Club, and various concerts and plays. Following with its notoriety as a perfect place to observe the stars, the tearooms are scattered throughout the landscape to act as a reflection of the sky, which expands endlessly.

The tea rooms themselves were developed to be small enclosures where visitors can perceive the minute details in nature. Painted in a variety of colors, each volume features openings which frame the landscape so that users can see the geometric forms across the site. The exterior of the tea houses are clad in mirrors to reflect the constantly changing environment.

The tea rooms can be experienced both as a "galaxy" of spaces which together create a new landscape or as individual pavilions that can be occupied one at a time. 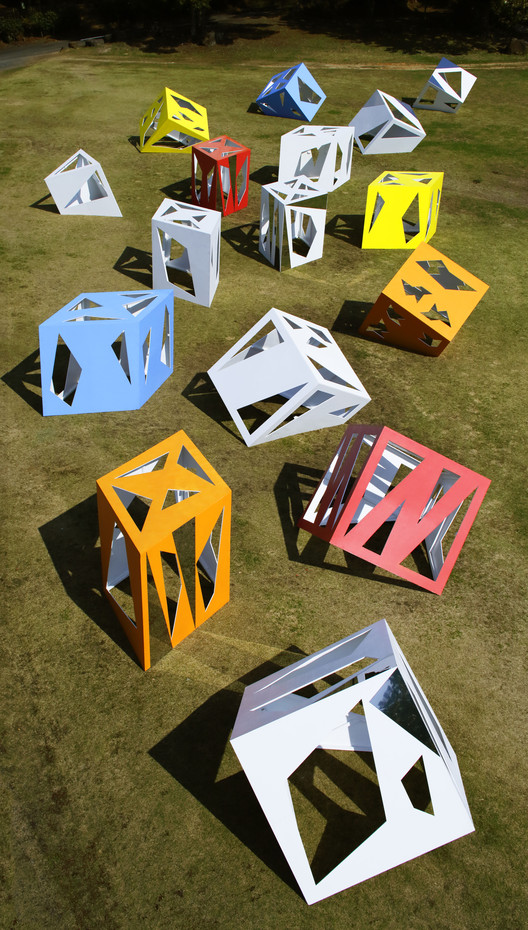