«World Class» - the Russian fitness clubs chain, absolute leader of the fitness industry in the "luxury" and "premium" segments. In 2016 the management of «World Class» announced a contest for the best concept of a new image of the whole chain of fitness clubs. VOX Architects won this competition and decided to create a unique modern space with an individual character for comfortable and effective sports.

It was important to achieve the perfect balance between the different areas of the club: to emphasize the ease of the halls for practicing yoga and pilates, to make correct accents in the halls for martial arts and power loads, and, of course, to create an ideal atmosphere in the swimming pool.

Fitness club «World Class Olympic» - the third realized club of the chain designed by the studio VOX Architects. The main space of this club is a swimming pool.

The project provides for the reconstruction of an already existing pool, so the goal was to implement the project as soon as possible without interrupting the club's operation for a long time. At the core of the Worldclass concept is a strong contrast of shapes, materials and colors, giving rise to a powerful dynamic.

The pool is divided into two main zones: the entrance zone with a lowered ceiling - red-saturated - sensual, carnal and material and, the main zone of the pool - with raised arches and smooth white forms, flying, weightless standing on a large blue water field.

The light concept is determined by the absence of visible and rigidly-directed light sources: interior light is diffuse and full of reflections from large shapes and planes.

The project was implemented in two months. 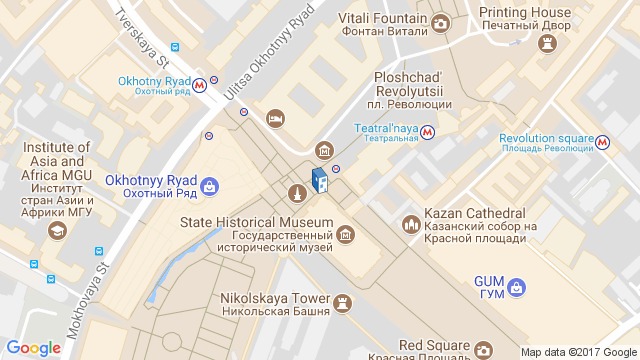 Location to be used only as a reference. It could indicate city/country but not exact address.
Share
Or
Copy
About this office
VOX Architects
Office
••• 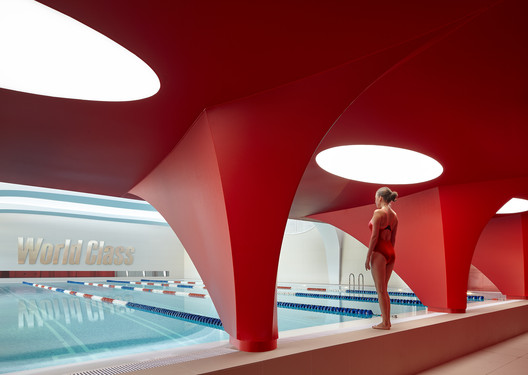