Text description provided by the architects. WORKac has completed its new branch library in Kew Gardens Hills, Queens. The building has been a long time in the making. Initially commissioned by Queens Library through NYC’s Department of Design and Construction in 2008, the library was among the first bevy of projects announced under DDC’s Design + Construction Excellence Program, which since 2005 has directed selected civic projects to leading design firms. The much-awaited library opened to the public on September 6, 2017.

The library was already a key institution in the diverse community of Kew Gardens Hills, and it boasts some of the best attendance and circulation figures of any library nationwide. Community members’ dedicated advocacy was pivotal in supporting a design that has provided the library with needed facilities and has given it a physical presence in keeping with institution’s importance.

The project began as the renovation and 3,000-square-foot expansion of an existing Lindsey library from 1966. Its volume is still visible in the completed library. However, structural upgrades and new interior detailing have all but replaced the preexisting building with a new 10,000-square-foot space.

The focal point of the new design is the public space along the library’s perimeter, occupying the setback between the preexisting building’s footprint and the sidewalk. Capped by a green roof, this perimeter zone joins existing gardens around the library’s back sides to form a continuous loop of green. Inside, the perimeter zone is conceived as a band of open rooms to be used by each of the library’s different user groups: adults, teens, children and staff.

The new façade is a physical and metaphoric lifting up of the library’s exterior walls in order to broadcast the activities of the library to the outside. At the site’s most public corner, the roof reaches monumental scale. A second, smaller peak at the children’s corner provides child-sized views to the south. Between these two peaks, the façade dips down to provide privacy at the staff and book drop areas behind. The section of the façade at the entrance folds out over the street to make an awning— reminiscent of a folded page in a book. On the north side, the façade descends again, providing privacy for a teen study area while also bridging the difference in scale between the library and its residential surroundings.

The façade is made from custom glass fiber–reinforced concrete panels. Their rippled, curtain-like pattern of vertical folds creates a play of light and shadow and softens the primarily glassy exterior. Beneath, large exterior windows provide direct natural light, while south- and east-facing clerestory windows provide indirect light that bounces off of the exposed concrete of the lifted facade. Not only expressive and functional but also structural, this concrete band acts as a 200-foot-long beam to support the green roof without interrupting the open interior. Two columns are the only supports for this beam. 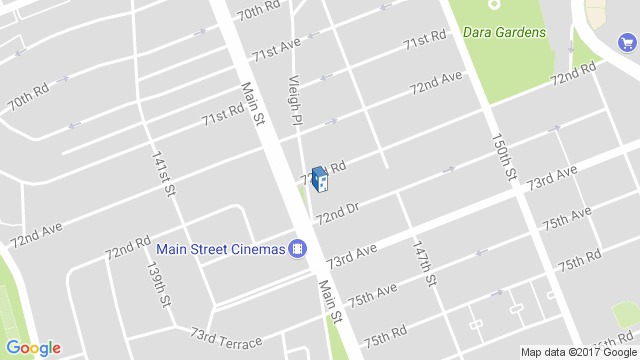 Location to be used only as a reference. It could indicate city/country but not exact address.
Share
Or
Copy
About this office
WORKac
Office
••• 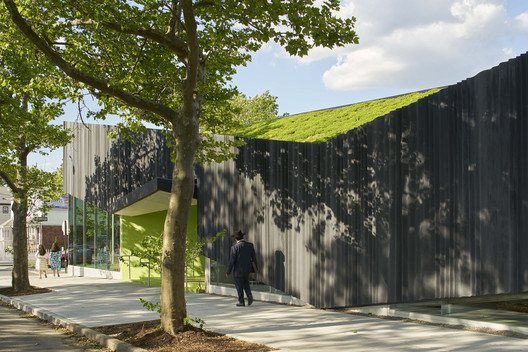