✕
Save
Extension of a Primary School / Thomas Landemaine Architectes 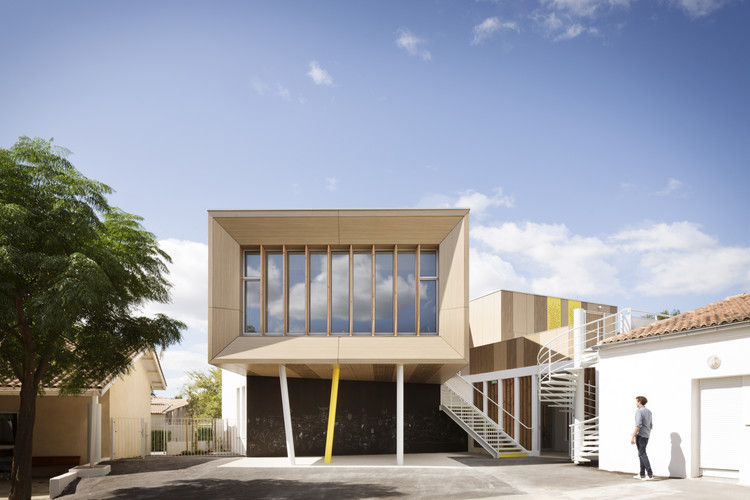 “Learning Corner” is the story of an obsolete municipal parking lot on which some inspired architects dropped a little school building.

A parking void of its cars but bordered by endless greenery. The corner of two residential streets looking onto tall white party walls. Not a window in sight to interrupt this solid masonry. Yet, over the years, a few garden sheds, bicycles and climbing plants had started to take over, bringing a little diversion and colour to this pale solidity. Goodbye sad tarmac! Goodbye windowless walls! Goodbye abandoned piece of land! Hello warm wood, colour and children laughs! The walls of the neighbouring school definitely needed to be expanded as they had become too stretched for their little occupants.

The architects took possession of this corner, found light, views and volumes which would bring out its best. The result is a tripod extension which weaves between inside and outside and lives to the rhythm of the playground bell.

Next to the existing buildings lie news ones imagined by other minds. Like a young child growing aside his older sibling, the extension rests partly onto the existing build but escapes from it at the same time to reach a dramatic cantilever. The latter serves as a shelter from the rain, sun and wind. It is also there that children exchange precious secrets and whispers.

The ground floor articulates around a covered circulation space, which acts as a divide between playground and patio, sofscape and hardscape, wood and metal, inside and outside. Indoors, neatly arranged locker-benches provide a place to store school bags and wooden pegs a place to hang coats. At the end of the open corridor one can find two large activity rooms with brightly coloured lights dancing on the ceiling. In the playground, under the imposing cantilever, an entire wall is painted with special chalkboard paint and covered in children’s drawings. Around the yard and patio, in every empty space and void plants are progressively taking over. Their colonisation is encouraged by the architects.

Upstairs another story is told. That of two independent volumes entirely covered in wood, partly rooted onto the building below and partly hanging in mid-air. These Lego constructions play with their own instability. One could think most of their sides are windowless but appearances can be misleading. Windows play hide and seek behind colourful bubbled metal panels. The two classrooms benefit from large glazed panels which look over the school. Children gaze at the landscape over the corner of their shoulder. What better way to learn? 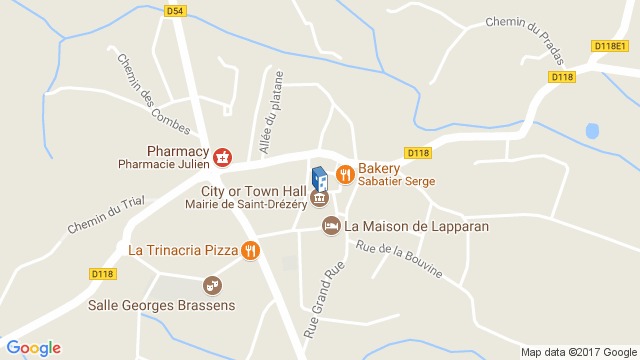