A good building, born on a site and create a place; and the human experience constitutes the soul of the place.

We try to create a new relationship between building and its outer space, thus creating a new place experience. Let's call this association "ambiguous boundary" for the moment.

The project is part of cultural and educational facilities for the nearly 1 million square meters Central Park residential area. The base is a rectangular field about 260 meters wide in east and west and about 70 meters wide in north and south, with the city park on the south which covers an area of nearly 40 thousand square meters, after which the Central Park project is named.

Depicting the bustling vision in the open land is almost a common mission for the  exhibition hall of a large projects. In places like this project, the challenge for design, on one hand, is how to form a distinctive and powerful city interface to correspond with the huge city park, and jointly create a visual display. On the other hand, it is how to create a field of unique experience, so as to stimulate people's willingness to explore and participate. Benefiting from the future cultural and educational function of the project, we can first endow it with open and cultural characteristics, and then deduce the function and organize the narrative on this tone.

Reviewing the traditional Chinese building and classic garden, courtyard is one of the most powerful spatial forms. It almost forms the core feature of Chinese traditional architectural space. And the building interface of the courtyard is the wall and corridor. The two also bring the courtyard different spatial characteristics: Enclosure or penetration,closed or open.The former is mostly found in street walls and mansions, and the latter is more common in gardens and courtyard. And the two are often used in combination, so that the courtyard space has a better diversity and story appeal.

While we try to create a new architectural prototype for the definition of the courtyard space, we finally find the combination between the wall and the corridor -- it is just the corridor composed of short wall, with the combination of different forms and modules, forming the diversity definition for courtyard space, also constituting a multiple place experience. This is what we call the "ambiguous boundary". Its form is free from the wall of the building, intended to melt in the outdoor place. "Wall corridor" has a unified whole scale, --6 meters high, 4 meters wide, which defines the boundaries of the entire site, while creating a special "circle scene domain". When the boundary has thickness , daily life and art activities then have a space vector, it can be a paradise for kids to play hide and seek after school and can also be a culture and art gallery of the community.

The wall corridor encloses the central water court, and its main body is a shallow pool. As Chinese traditional garden, water constitutes another interface to create an amplified architecture scale and space field sense, and also fuzzy the space boundaries, and the people on the other side of the  building across the water can, through a "crescent path", go across the water to enter the building from the outside. And the "crescent path" with continuously changing elevation of the ground floor makes the process of crossing produce different visual experiences due to the change of the sight height.

When people cross the "crescent path ", and push the door open under the eaves, they first come to the hall defined by a piece of scenery wall, in the north of the hall is a small exhibition room, which is a transition space into the central nave, and the central nave is a larger scale exhibition hall, two-storey high, with natural light coming into the space through the skylight, and after being filtered by the roof plate it is shaped into a plurality of lights, finally falling on the wall, in a day, it can change in different directions and thickness, like a sundial recording the passing of time. The background is a spiral staircase and bridges on the second floor which crosses the central nave, connecting two different space, so that people on the first floor and second floor can make exchanges and dialogue here.

The skylight components formed by the roof keel and concrete ribbed beam, thanks to the open  joint design,  form two rays of different thickness at noon, and the direction and combination of the component section can provide a greater incident angle in the morning and a smaller incident angle in the afternoon, thereby blocking out most western exposure.

As the side hall, the east side and south side provide water bar, negotiation and reading and other functions, and is the continuity and penetration of indoor and outdoor space by connecting with the outer courtyard, especially the gray space in the south, as the Children's playground, further enhancing the continuation relationship. On the exterior wall of the two side halls, we appropriately extend the design language of the wall column. In the whole space, we do not emphasize the axis and the sense of ceremony, but use the transition and depth to show the mobility of space. The second and third floors are made up of classrooms of different sizes, and the classrooms are arranged around the two-floor-high courtyard. The courtyard serves not only as an outdoor activity space, but also brings better ventilation  and natural lighting for the classrooms.

In the choice of materials, we make clear division according to the building form and function, with concrete for the first floor and U type glass for the second floor and third floor, integrating the light and the heavy,  the virtual and the real into an organic whole. The concrete surface is smooth, simple and solid, and the special wall corridor form a stable and open interface; and the U type glass of diffuse reflection is moist in texture, which is made into the wrapping surface for main space, displaying a "semi-transparent volume sense". The two will not form a strong contrast, but can generate rich temperature and expression in different lights. 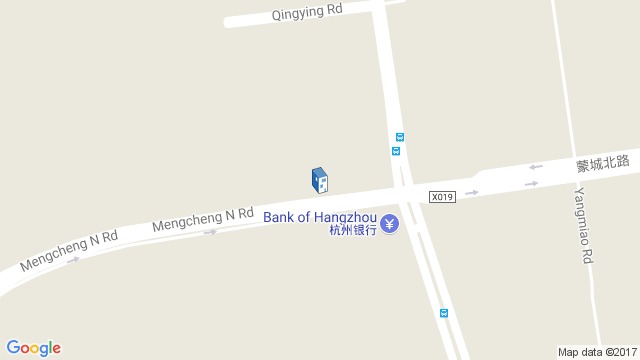 Location to be used only as a reference. It could indicate city/country but not exact address.
Share
Or
Copy
About this office
Shenzhen Huahui Design Co. Ltd
Office
••• 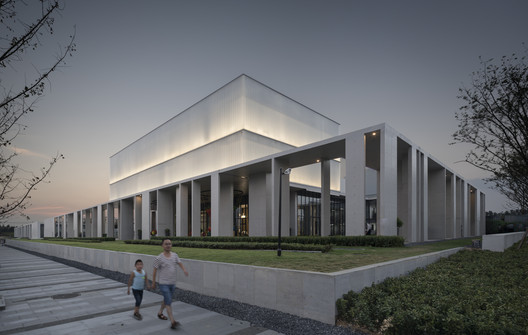