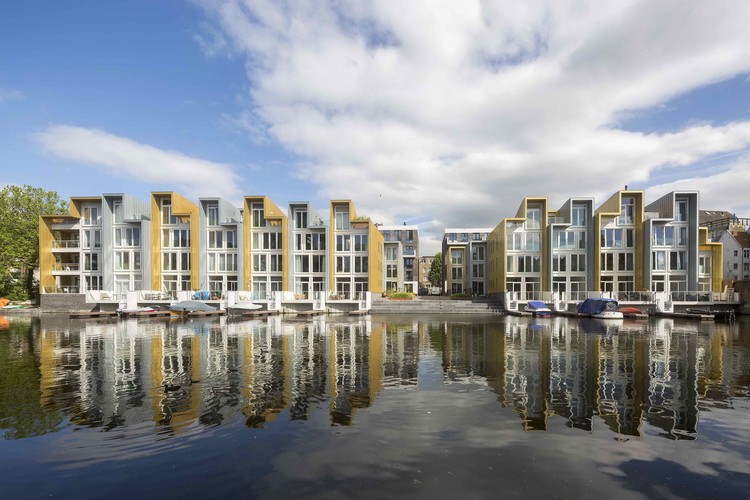 A derelict plot along a canal in the centre of Amsterdam.
A history of factories (Wiener & Co) and shipyards (Eastern India Shipping Co).

An economic crisis pushing the Amsterdam housing market into stagnation.

A developer willing to try anything to get production going.

A group of neighbours of the NIMBY persuasion.

An architect desperate for work.

A dried-up housingmarket with the exception of rich boat-owners.

The developer asks the architects what to build that will sail him out of the doldrums.

The architects propose a row of canalhouses to target Amsterdam boat-owners seemingly unaffected by the crisis.

The urbanist urges them to hush the neighbours protests by providing public access into the courtyard and to the canal. The architects provide a space for playing and swimming on one of the former shipways. The other – currently a parking lot - is turned into a public pocketpark. When the urbanist asks them to work with the site's history of shipways and the industrial architecture of successive centuries the developer thinks his clients – if any – will not like the use of “shipping materials” like corrugated iron and untreated timber panelling. The architect proposes a cladding of copper and zinc.

The eyecatching project soars to a sales success in the middle of the crisis. The children of the neighbourhood swim in the canal together with the residents. The courtyard provides a vibrant meetingplace for the residents of both the caanalhouses and the two cityblocks with apartments. When winter comes the grated fence – designed to be closed only by night - remains locked all-day turning Wiener & Co into a gated community. 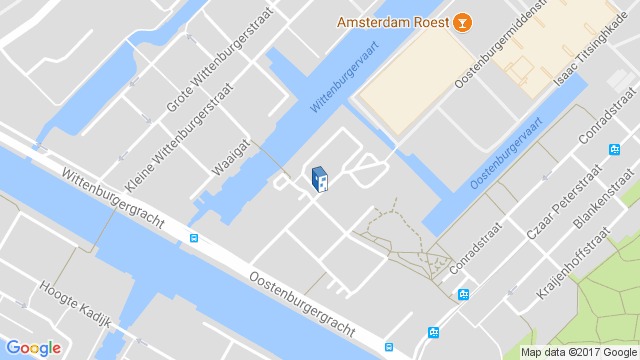