The roof is made of two large rings. The first is a double outer perimeter ring with a tridimensional double truss shape that largely holds the tensional forces of the roof thanks to its geometry. A central double traction ring collects part of roof's load and the tension forces, creating the oversized roof that is clearly the signature of the project.

With the roof completed, the construction of the new Spanish stadium continues toward its official opening on the 16 or 17 of September, when Atlético Madrid are up against Málaga in the fourth round of the Spanish league.

Thanks to FCC Construcción and Cruz y Ortiz Arquitectos. 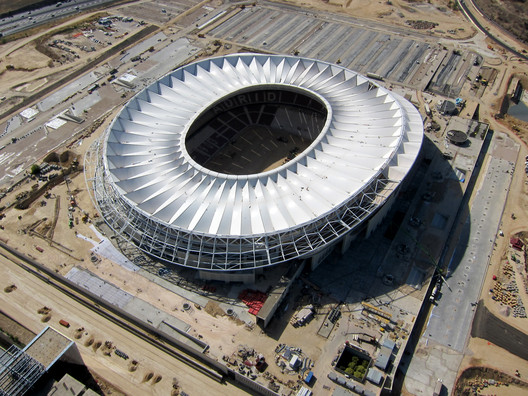