This article was originally published by Common Edge as "The Confused and Impoverished State of Architectural Research."

For a discipline that thinks of itself as learned, scholarly research eludes the architectural profession. This is a long standing problem. “Failure,” John Ruskin wrote in his 1848 introduction to The Seven Lamps of Architecture, “is less frequently attributable to either insufficiency of means or impatience of labor, than to a confused understanding of the thing actually to be done.”

Roughly 150 years later, Harry Nilsson—surely singing to architects—opined in his song, Joy that if you’re unable to find the answer to a question, you may not have a question worth asking (and probably don’t have a problem worth solving). In between Ruskin and rock and roll, is William Peña, the author of the architectural programming guide, Problem Seeking, who nearly a half-century ago wrote that “you can’t solve a problem unless you know what it is.”

For what it’s worth, architects and the academy agree on the need for research. The American Institute of Architects (AIA) calls it “vital to project success.” The Royal Institute of British Architects (RIBA) recognizes “the intimate relationship between research and design innovation.” The Association of Collegiate Schools of Architecture’s stated mission “is to lead architectural education and research,” and the European Association for Architectural Education “advocates stronger links between theoretical and practice-based research.”

All well and good, but there is a massive disconnect. Architects are largely unschooled, untrained, and unaware of research fundamentals. In 2014 RIBA issued a report on research-based architectural knowledge and concluded: Architects, more than any other profession, appear to accept the primacy of “knowing- in-practice”: while they create an “immense” body of knowledge it is largely shared informally, and rarely codified into organizational or industry memory. Attitudes to research and knowledge exchange appear to be rooted in architectural education, learning styles and preferred communication methods, which are primarily visual and peer-to-peer.

This is a problem unknown in other disciplines that similarly cherish the creation, validation, and consumption of new thought. Rigorous investigation is institutionalized in the natural sciences, social sciences, and much of the humanities. How to create research studies and perform systematic searches are emphasized in undergraduate education, continue through advanced degrees, and follow into practice. Approaches vary by field but are hard-coded as orthodoxy. There are long-held scholarly traditions of refereed journal publication and critical analysis. Because of this, formalized research attracts funding, public and private, which has built vast literatures, upon which anthropologists, archaeologists, astronomers, attorneys, economists, geologists, health professionals, historians, mathematicians, political scientists, psychologists, physicists, and sociologists rely. Instinctively, the first task when tackling a new problem in these fields is a “lit review.”

Such is not the case in architecture, where research may be no more than background-gathering of site data, a building code analysis, or photographing neighboring buildings for context. For some architects, critical investigation begins and ends with ephemeral form and material studies. For others, research is simply a post-occupancy evaluation to be filled out, filed, and forgotten.

And then there are architects who, in the words of Jeremy Till, believe in research “myths.” He writes: “The first myth is that architecture is so different as a discipline and form of knowledge, that normal research definitions or processes cannot be applied to it.” It’s an ivory tower position of autonomous architecture existing beyond the forces that impact other disciplines.

Till’s second myth contradicts his first. Some architects believe “in order to establish itself as a credible and ‘strong’ epistemology, architecture must turn to other disciplines for authority.” Although architecture is inclusive of art, engineering, science, history, sociology, psychology, philosophy, communications, and literature, Till advises architects not turn to other disciplines for reference, wary of straitjacketing design inquiry.

Pablo Picasso is alleged to have said, “I never made a painting as a work of art. It’s all research.” Myth #3—”designing a building is a form of research in its own right”—is the same false argument. Architecture is bigger than any one building. It “exceeds the building as object,” Till says, “just as art exceeds the painting as object. Architectural research must therefore address this expanded field.”

Instead of falling victim to myths, or conflating research with fact-finding, or focusing solely on the beginning, middle, or end of the architectural process, Till proposes a new research model, one based on increased communication between academia and practice. Unfortunately, details are sketchy, suggesting more research on architectural research is needed, which leaves the profession perplexed, still.

Confusion similarly reigns in architects’ traditional references. In 2007, AIA’s Architectural Graphic Standards 11th Edition added a chapter on research, classifying systematic inquiry as for, into, and through. The British educator Christopher Frayling was the first to describe the framework, categorizing the study of materials, technology, and building systems by manufacturers and universities as research for architecture. Research into architecture referred to investigating building use through historical examples, performance studies, and post-occupancy evaluations. Research through architecture treated the act of design as inquiry, a process through which discoveries are made via serendipity and intuition. Frayling’s categories make logical sense, but for reasons unexplained, Architectural Graphic Standards withdrew the chapter in the 12th edition, published in 2016.

The AIA’s Architect’s Handbook of Professional Practice 15th Edition, released in 2013 and still current, includes a new in-depth section on research. Chapter 14: Research in Practice describes methodology, integration with practice, and evidence-based design (a concept borrowed from medicine) in a schema that separates research into basic, applied, and developmental.

Basic research in “building typology, practice issues, or materials and methods of construction” is underpinned by science. This is what other fields call primary or original research. Applied architectural research is putting knowledge gleaned from basic research into use and (presumably) studying its efficacy. In the sciences, this might be called secondary or review research. Developmental research converts applied research into general knowledge to be used by practitioners, educators, and students—dissemination, in the words of traditional researchers.

Basic, Applied, and Developmental is a good model, and not far from other fields’ venerable practices. Of note, it incorporates the time-proven, well-documented approach to basic research, The Scientific Method.

And that poses another riddle. In the May 1948 issue of Yale Scientific Magazine, Vincent Scully asked, “Is the Scientific Method Applicable to Architectural Design?” Thirty-six hundred words later, he concluded no, the Scientific Method did not apply to buildings. Scully defined architecture as “neither concepts nor intentions, but buildings, each of which is absolute in itself but which at the same time exists in a relative relationship to other buildings and to other works of art.” Like art, the nature of architectural creation, he said, was “inexplicable.”

Christopher Alexander disagrees. He came to architecture with the perspective of a scientist with Notes on the Synthesis of Form (1964) and elaborated in the 1970s in A Pattern Language. Architecture and science are intimately related, in Alexander’s view. He considers architectural experiences not only derived from physical science but (based on computer scientists’ adoption of A Pattern Language as their own) architecture also a contributor to science.

The need for shelter and health are as old as humankind. Architecture and medicine became licensed professions around the same time in the US, between the 19th and 20th centuries. Both fields have seen numerous advancements in theory and technology. The National Library of Medicine’s PubMed database of health profession journal articles has almost 24 million entries and adds 500,000 new records each year. The architectural equivalent of PubMed is BRIK, the AIA’s Building Research Information Knowledge Base, which holds around 1,900 articles.

The paucity of architectural research articles compared to medicine is reflected in research funding. Healthcare in 2016, for example, was nearly 18% of the US economy. Querying USASpending.gov for Government grants using the search term “health research” finds 12 billion 2016 research dollars. (In fact, the value was higher. The National Institutes of Health 2016 grant budget alone was over $17 billion). Building construction represented approximately 4.5% of American GDP in 2016, suggesting government research grants might have totaled one-third of healthcare, or $4 billion. However, searching for “construction research” funding yields less than $500 million. A query for “architectural research” is even more depressing—only $7 million, or less than 1% of healthcare research funding.

Julia Robinson, a professor at the University of Minnesota School of Architecture, argues for a science-based approach to design, if nothing else than for survival. At a time when the profession is in competition with a growing number of para-architects (design-builders, engineers, building designers, interior designers), “the architect’s expertise has to be validated, which is not possible if the proposal is seen as arbitrary.”

Echoing her sentiment is the University of Arizona’s Barbara Bryson, who writes, “Architects have not built a foundation of rigorous original research and knowledge as have other professions.” She adds, “We cannot prove why one building adds more value than another. We cannot prove why we add value.”

Research is a version of inquiry with the distinction of being organized and structured, “the systematic investigation into and study of materials and sources in order to establish facts and reach new conclusions,” according to Oxford Dictionary. Within this scope is a smorgasbord of research methodologies: quantitative, qualitative, empirical, non-empirical, linear, and iterative. The building industry develops new technology and materials using variations of The Scientific Method. Architectural historians employ versions of the Comparative Method to interpret or reinterpret the past. Problem Seeking is used to program buildings. And art-based research allows guided or unguided exploration. None of these techniques are mutually exclusive or self-limiting. Multiple approaches can be used on a single project. To the confused-but-inquisitive architect, the choices are as exciting as they are bewildering.

It is tempting to think architecture falls into the domain of wicked problems, that is, filled with issues that are ill-defined and contradictory. The theory of wicked problems was developed to describe issues that could not be fixed without changing basic human nature. As if peeling an onion, each wicked layer reveals another incorrigible layer, and then another, on and on. Problem Seeking provides a detailed starting point for a building project, but a design’s ultimate success may depend on wicked factors, such as behavior, politics, and the economy. By definition, solutions to wicked problems cannot be tested or measured for efficacy. There are no correct or incorrect answers, no opportunity to learn from history. If architecture is by nature wicked, the best lit review in the world won’t help.

Fortunately, modifying human behavior is eminently possible through building design, suggesting most architectural problems are solvable. A more likely basis than wickedness for research confusion is education. The profession’s misunderstanding of rigorous investigation could be cultural, not procedural. The National Architectural Accrediting Board requires architecture school graduates to “build abstract relationships and understand the impact of ideas based on the research and analysis of multiple theoretical, social, political, economic, cultural and environmental contexts.”

The statement is nebulous, boilerplate, and impossible to enforce. Investigative techniques and methodology are unacknowledged, and therefore, rarely taught. The paradoxical result is students growing into architects who think themselves to be researchers, but also believe research is what-everrr.

What would happen, though, if architecture schools taught formal classic research methodology and required students to design and execute a formal research project every year? How fast would BRIK grow if the number of published papers on an architect’s resume became a new coin of the realm in addition to design awards?

There is another interpretation of the word wicked—awesome. 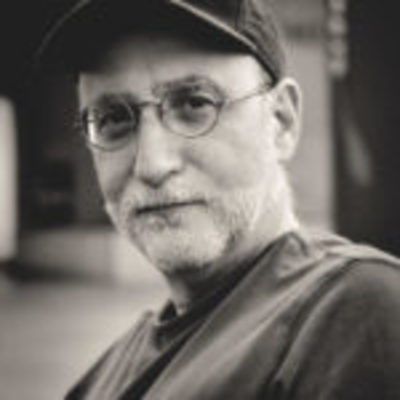