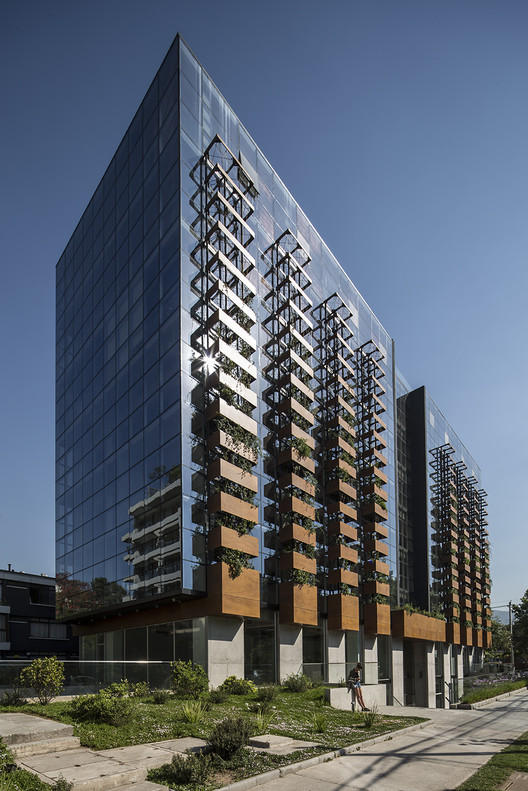 Text description provided by the architects. The project is a seven level office building. To reach an appropriate insertion of the building in a garden city model neighborhood, we performed several architecture operations.

From a pedestrian point of view we solved the relationship between the building and the corner at the street level by sinking the access which allows the separation of the public circulation from the building access. This whole level is provided with a unitary view where the full-empty relationship is leveled with the use of concrete walls which at the same time grant a basis connotation to the office space and a unified view to the commercial use of the building.

On this concrete base rests a wooden U which surrounds and contains the office crystal box. Apart from separating uses, this wooden element is a climate regulator that protects the building from the north sun; in the south it decomposes in a horizontal view of the balconies which contain the green elements, the tree and the climbing plants which act as ending and filter, respectively. The green elements are also a replacement of the vegetation which previously existed in the area.

Additionally, the use of these wooden elements enables the elimination of shafts inside the free space of the office area allowing at the same time a smooth vertical development of the installations. In this way the future user of the spaces can maximize the distribution flexibility of the spaces inside the office. 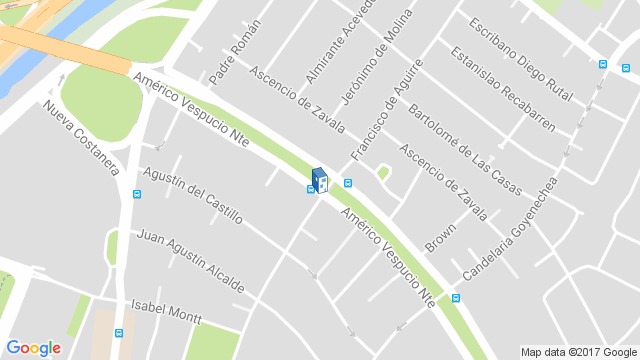 Location to be used only as a reference. It could indicate city/country but not exact address.
Share
Or
Copy
About this office
Stein-Suazo Arquitectos
Office
•••