It’s one of the core tenants of manufacturing – first, build something useful, then, figure out how to build it cheaply.

Throughout the tech industry’s brief history, the philosophy of economies of scale have helped to achieve the widespread adoption of the latest gadgets across the globe; according to Wireless Smartphone Strategies’ Global Smartphone User Penetration Forecast, an estimated 44% of the world’s population are current owners of an iPhone, Samsung Galaxy, or other smartphone.

On the other hand, over the past 60 years building construction costs have essentially remained flat, despite the fact that the price of materials and components for nearly every other consumer object has dropped. Architecture is inherently a bespoke process, making streamlining its production difficult. But finally, technologists believe they may have found a solution.

In the past few years, a batch of new construction start-ups have emerged that use the big data logistics and IT knowledge learned from the tech industry’s supply chain operations to manufacture computer-optimized prefabricated and modular building components.

One of these companies, Katerra, uses BIM information to produce fully outfitted prefabricated walls that already contain all of the windows, insulation, wiring and plumbing within. These components are then sent via a streamlined shipping process to a job site, where they can be snapped together like LEGO pieces. Further increasing efficiency, Katerra is involved from a building’s concept design to finished product, allowing cost estimation to be introduced earlier in the process and giving the company the ability to purchase materials in bulk, reducing costs.

Modular systems are also making their way into tall building design, with the world’s tallest modular skyscraper, SHoP’s 461 Dean Street in Brooklyn, having opened this past fall. Not only was 90 percent of the construction completed off site, but it also ended up costing developers 20 percent less than traditional methods. That structure was completed by Forest City Ratner’s modular division (now Full Stack Modular). Other industry leaders include Capsys Corp, who helped complete MyMicroNY, a micro-apartment building designed by nArchitects.

Learn more about the burgeoning trend at the Wall Street Journal (paywall).

This article was originally published by The Architect's Newspaper as "Are micro-apartments a revolutionary trend? Or are developers exploiting an out-of-control market?" The situation was dire: People were flocking to cities for work, but scarce land and lack of new construction were driving up rent prices. 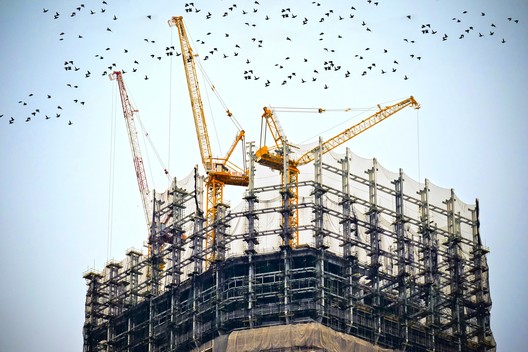