Text description provided by the architects. Located at the corner of Samsung subway station, the largest commercial district of Teheran-ro, Parnas Tower has its own value in itself beyond a newly-made architecture in that it is surrounded by the four hotels and the representative buildings which stand for the modern images in Republic of Korean such as the international-scale convention center, COEX Mall, CALT, ASEM Tower, and Korea Trade Center.

Parnas Tower is a business facility building of 8 basement and 38 above-ground floors with the height of 183.48m. The designers of the two companies, Chang-jo Architects and KMD prioritized achieving a new harmony with the existing buildings in designing Parnas Tower, renovated the lower floors of Grand Intercontinental Seoul Parnas Hotel and designed the first basement floor of Parnas Mall. Reflecting some part of the design concept of the adjacent Korea Trade Center, the southern lower part and the eastern upper part of the building were designed with transparent glass and with diagonal protrusions and retrusions. To minimize the interruption by the designs of the hotels in the same site, the northern and southern corners of the building were finished with diagonal lines and the eastern and western corners of the building were finished with round shapes.

Black horizontal louvers were used for the elevation of the tower that would have been monotonous, creating the identity of the elevation. The louvers attached at regular intervals create sense of vertical escalation and work out as aesthetic tools which generate various facets of the building depending on perspectives.

By using BIPV in the spandrel of the west elevation, the building can be connected to the elevation of the existing hotel and about 25% of electric power for lighting can be generated, which enabled the building to achieve the first grade of green building certification criteria.

On the ground floor, the classical lobby of the renovated hotel and the bright and modern lobby of the office with the height of 3 floors are in the strong contrast, each of them presenting its own individuality. The largest representative space of this project, the huge atrium lies between the two lobbies with different functions and design concepts. The ceiling of 26m height, the marble walls with vertical fins, and the large skylight area enrich the space. Through the atrium design, Chang-jo Architects planned to provide the spatial harmony between the lobbies and suggest a new possibility of urban publicity as a public passage.

The constructor, GS E&C, went through complex construction process by adopting non-noise and non-vibration method for the continuous operation of the hotel in the most densely populated area in Seoul. It excavated the lower part and expanded the building with the existing facility propped up using a supporting structure. Applying post tension method and flat slab method, it built the new office building while remodeling the existing hotel. GS E&C also applied three-dimensional simulation method using BIM Modeling and 3D Scanner to secure the high-quality construction through checking and correcting the irrationalities and interruptions in advance. 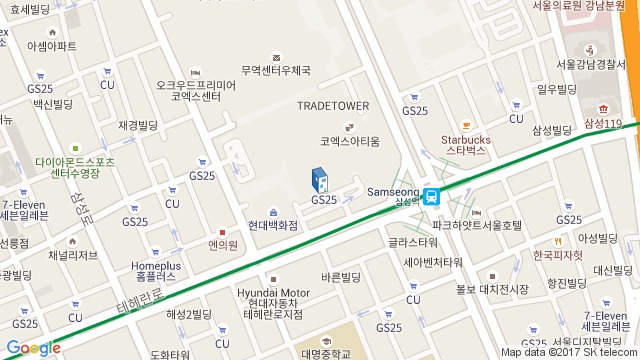 Location to be used only as a reference. It could indicate city/country but not exact address.
Share
Or
Copy
About this office
Chang-jo Architects
Office
••• 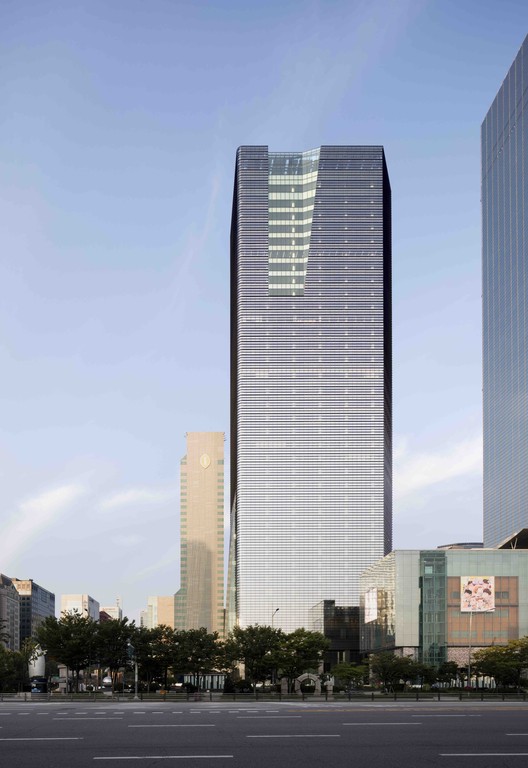