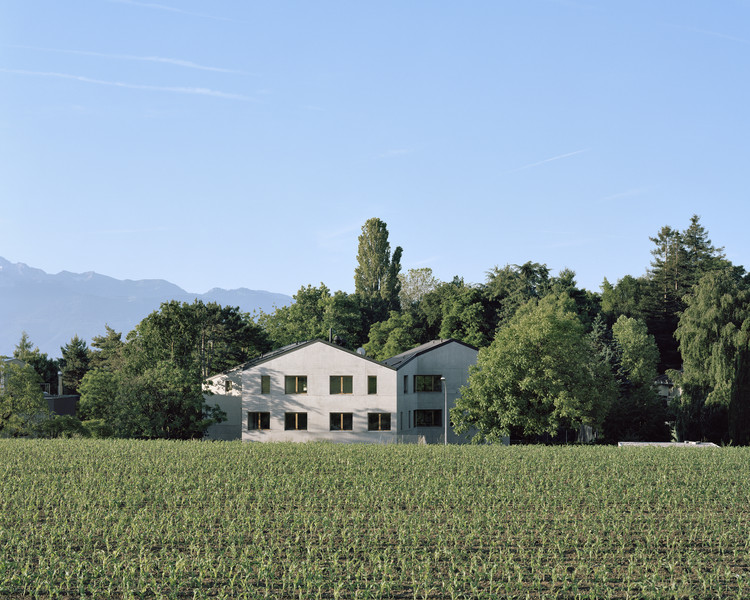 Text description provided by the architects. This residential building is the third project executed by Lacroix Chessex on Bochet street in St Sulpice village (Switzerland), between House Guignet and Villa Sabbatini. The building is composed of six residential appartments in co-ownership and can be thought of an addition of two single houses - two parallelepiped rectangles with their ridges - out of which a clover with straight edges would have been cut. One leaflet faces the north on the road side, where the entrance is situated, the other two face the south-east and the south-west.

Each three floors is divided into two parts from the north to the south and is composed of two appartments of 4.5 rooms (3 bedrooms, 2 bathrooms, 1 kitchen opened on the living room, 1 veranda and 1 balcony). The spaces are accommodated in symmetry with the staircase situated in the center. Each appartment includes a wooden veranda on the South which allows the outdoor spaces to literally enter into the interior ones. The balconies have been conceived similarly at the south (on the south side) whereas the bedrooms are all oriented towards the west and the east. The main entrance, the kitchen, the dining and living rooms create all together a wide and complexe range of perspectives, with openings up to 180 degrees and with two floors in height for the appartments of the second floor.

The various materials used for these appartments give a rather rough but warm atmosphere and invite for a longer stay: the wood in the bedroom floors, a stone floor in the living spaces, a concrete ceiling and white walls. 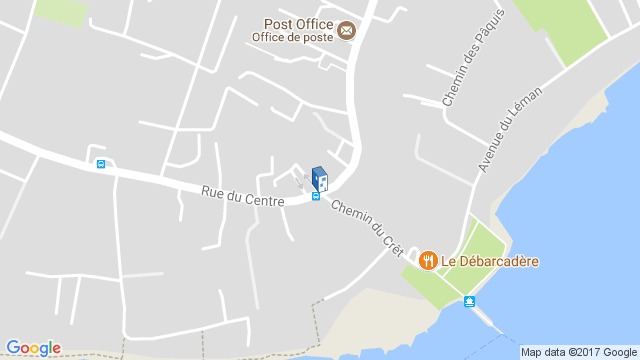 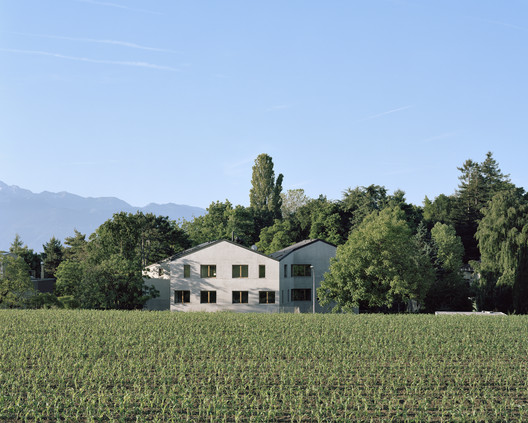