The demolition was part of a comprehensive redevelopment plan—the adjacent Nehru Pavilion was demolished sometime in the ensuing week—to make way for a “world class, iconic, state of the art” Integrated Exhibition and Convention Centre (IECC) at Pragati Maidan. The architect of the structures, Raj Rewal, called it “an act of outrage” since the matter was sub-judice in the Delhi High Court at the time, with hearings scheduled for April 27, 2017, and May 1, 2017, on a writ petition filed by The Indian National Trust for Art and Cultural Heritage (INTACH). Rewal’s own related petition in the same court, to declare and preserve the structures as a “work of art of national importance,” had been dismissed just four days earlier, owing to a legal loophole concerning the definition of heritage. The ITPO stealthily used this narrow, week-long window to go ahead with its plans, thus evading judicial scrutiny.

There are two significant questions that beg to be asked at this point. First, how in a city with several heritage preservation agencies does a situation arise where the judiciary is left to make calls on the fate of structures widely viewed as having heritage value? Second, what exactly constitutes the architectural heritage of a city with a history spanning more than two millennia?

The answer to the first question concerns Delhi’s messy bureaucratic machinery: there are as many as nine agencies, including the Archaeological Survey of India (ASI), the city’s municipal corporations, and INTACH, concerned with the protection of the city’s notified built heritage—all with varying degrees of power and influence. The buck stops with the Heritage Conservation Committee (HCC), which works under the Indian Government’s Ministry of Urban Development. The ITPO, while defending its case in the Delhi High Court, relied heavily on the HCC’s recent decision to only consider buildings sixty years or older for inclusion in its heritage list. The decision itself, which left several other post-independence buildings in a legal vacuum of sorts and vulnerable to being demolished, is widely believed to have been driven by real estate concerns alone, and was criticized as a mere excuse to raze the structures by A G K Menon, former convener of INTACH’s Delhi Chapter.

Menon has vociferously campaigned for the protection of Delhi’s “modern heritage” ever since the demolition of the Chanakya Cinema in 2008, which prompted INTACH to present a tentative list of sixty-two such buildings in Delhi to the HCC for protection in 2013. The list, which included buildings like Fariborz Sabha’s Bahá'í House of Worship and Joseph Allen Stein’s India Habitat Centre was “under consideration” by the HCC for over three years, and was only rejected once INTACH approached the Delhi High Court in 2016 alleging “complete abdication” of responsibility by the HCC. The decision was not surprising, as historian Narayani Gupta writes in a polemic in the Indian Express: “When ‘heritage’ is subsumed under ‘urban development’, what is the likely outcome?” she asks, suggesting that the HCC should ideally lie under the purview of the Ministry of Culture.

In regard to our second question, Delhi-based architect Gautam Bhatia notes in India Today how the city’s “selective preservation and development have left a legacy inconsistent with its real history.” His words couldn’t ring more true today: for example, the Purana Qila, the medieval fortress of the Mughal city of Sher Garh, stands unperturbed under the ASI’s protection—quite rightly so—just across the road and barely two-hundred meters south of Pragati Maidan, while the Hall of Nations lies in ruins. “While Mughal and colonial examples are allowed to persist as historical markers, little of post-independent life is preserved in public architecture,” Bhatia says. Is age to be the sole criterion to ascertain the heritage value of a building? Is a building’s architectural, cultural, or international significance of no consequence?

To put things into perspective, the Hall of Nations, designed as the centerpiece of the Permanent Exhibition Grounds hosting the Asia72 trade fair, was called “a new step in the development of modernity in terms of aesthetic, constructive innovation and social engagement,” by Aurélien Lemonier, the curator of the department of architecture at Centre Pompidou, Paris. The International Union of Architects, in a letter to the Indian Prime Minister, identified it as a “living testimony to India's contribution to the contemporary architecture and engineering excellence.” With several other letters of support from leading Indian and international organizations such as ETH Zurich and New York's Museum of Modern Art noting its architectural and engineering ingenuity, as well as a Change.org petition with 4,300 signatures sent to the Indian Prime Minister, was it not imperative to recognize and honor the heritage value of these structures?

There’s no dearth of precedent for modernist buildings being declared heritage structures. In India itself, the Le Corbusier-designed Capitol Complex in the northern city of Chandigarh, was accorded the UNESCO World Heritage Site honor as recently as 2016. The issue, many believe in the capital of the world’s largest democracy, is inherently political in nature. “For too long, architecture has been the victim of political decisions. Since major monuments all have historic associations, it falls on the political party in power to decide the relevance of that association,” observes Bhatia. India has been largely governed by the center-left Indian National Congress (INC) for the majority of its post-independence chapter. Congresswoman Indira Gandhi, Prime Minister of India from 1966 to 1977, took a personal interest in the construction of the Permanent Exhibition Grounds as the eponymous Nehru Pavilion was to house a permanent exhibition on the life of her father, India’s first Prime Minister Jawaharlal Nehru.

The ruling center-right nationalist Bharatiya Janata Party (BJP) government, which rode a strong wave of anti-incumbency to a heavy majority in the Indian Parliament in 2014, challenges Nehru-vian policies, seeking to move away from the welfare-state economics of the INC in order to be seen as pro-development; the Cabinet Committee on Economic Affairs, chaired by the Indian Prime Minister, Narendra Modi, approved the redevelopment plan of Pragati Maidan in January this year. Development—but at what cost? Speaking to The Hindu, historian Sohail Hashmi ventures as far as to say that the government’s primary target was the Nehru Pavilion and Menon agrees, saying that “They want to rewrite history in their own way.” Rewal calls them “philistines” while Bhatia reacts in hyperbole: “as [a former British] viceroy's house, could the Rashtrapati Bhavan [President’s Estate] not succumb one day to the rage of an irate nationalist?”

Another subject worth pondering over is the reason why this demolition did not create a public outcry outside of the intellectual community. The land of Gandhi has a rich history of peaceful non-cooperation, which was successfully employed by architecture students in 1989 against the government’s proposal to, ironically, install a seated statue of Gandhi himself, in place of the Edwin Lutyens-designed Canopy at the India Gate in New Delhi. So where were the rebels this time around? “We architects got engaged in our work and forgot we are leaving people behind. We’ve not been able to communicate our problems, our objectives, our goals,” Menon explains dejectedly. He also states that a monument like the Taj Mahal won’t meet the same fate as citizens understand its significance, something modern architecture is denied. “Also, the Taj Mahal is old, so you believe it cannot be replaced. Modern architecture suffers because it is modern. They think it can be replaced.” he adds.

At the end of the day, regardless of their heritage status, how difficult would it have been to not demolish these structures which occupy barely four percent of the total area of the complex, instead accommodating the IECC on the remaining 120 acres of land available to the ITPO? How difficult would it have been to open up the redevelopment brief to an international architectural competition which hinged on being able to deliver the ITPO’s requirements while contextualizing the new development around the Hall of Nations precinct? Because as Gupta concludes brilliantly in The Wire, “A truly world-class city is not one that destroys to build, but one where icons from different pasts live together happily.” 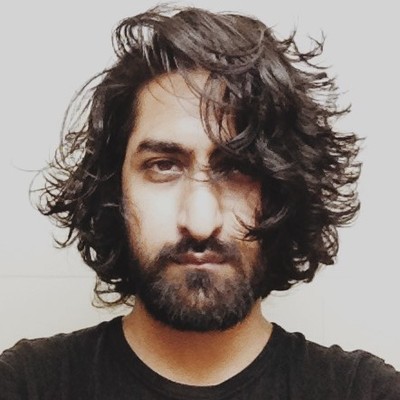