All you need to get started is an X-Acto or other craft knife, a cutting mat and a straightedge. Simply follow the lines on the template and follow the instructions to fold the page into a 3D representation. Intricate details have been pre-die-cut for convenience, while clear cutting tips will help you achieve the quality craftsmanship Frank would have demanded.

The book will be soon available through Laurence King Publishers. Learn more about the book and how to order here.

It's no secret that Frank Lloyd Wright was among the architecture profession's more colorful characters. Known as an outspoken and often unforgiving egotist, Wright's appreciation of architecture was outshone only by his appreciation for himself-which is perhaps understandable, given that he ranks among the 20th century's great geniuses.

150 years ago this month saw the birth of one of the most regarded, studied, influential architects of the twentieth century - American architect Frank Lloyd Wright. With a career spanning over seventy years, Wright developed his own distinct style of 'organic architecture', a new residential model of 'prairie house', as well as iconic schemes such as the Guggenheim in New York, and Fallingwater in Pennsylvania. 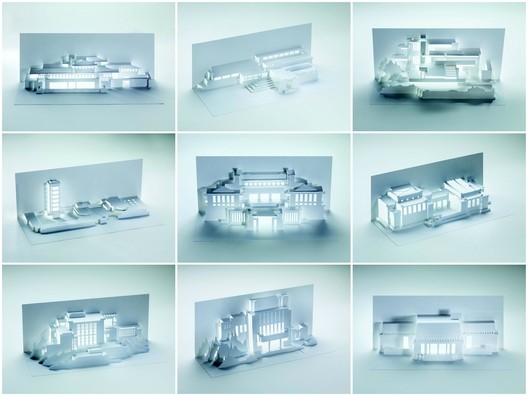