Text description provided by the architects. The project was born as part of the state program, Cultural Centers and Infrastructure for the communes of Chile, which, having more than 50,000 inhabitants, do not count with this type of public infrastructure..

The Cultural Center is located in the foothills of the Andes in the commune of Lo Barnechea It is a growing residential area, with so far (year 2012) little equipment and commerce.

Considering the project’s "Cultural" features, the existence of a public square in the neighboring property, the commune’s own diversity in terms of constructive typologies, its Traditional/Contemporary Architecture; the surrounding Valley / Mountain geography; and the socio-economic diversity, we propose the creation of a space (a void) of convergence and integration as the center of the building. It is a place that would maximize the public character of the building, where integration between the inhabitant and the cultural actor can take place; A place where the differences were nuanced by social cohesion and the participation of all. It is an "inner" public place where cultural activity can be given free and daily, where, while some perform there, others witness it, and in turn, while they are spectators, indirectly participate in cultural activity.

Thus, the project itself is the justification for creating this void, which is shaped by the interaction of the two opposing volumes: on the one hand, a Zocalo volume, made of stone, strong and rooted to the soil and its traditions, which invites the visitor and hosting him/her. On the other hand, a suspended volume, contemporary, ethereal, configuring and delimiting with its shade the void or central square and conforms the urban facade of the building.

Under the same logic, each volume receives a different program. while on the first floor are located the most public and dissemination programs (Auditorium, Exhibition Hall, Cafe area, etc.), the second level have the areas of training such as musical, plastic arts, scenic, culinary workshops, etc.

The project opens onto the street and towards the neighboring square, fostering the idea of ​​a public place, while the suspended volume is suspended in a series of pillars, symbolizing inhabitants, users and public of the building, understanding that without them, this building would have no sustenance.

The materiality of the building is defined for each volume. The zocalo volume is made of reinforced concrete coated in stone, while the suspended volume is a bridge formed by metal structure and post-tensioned slab.

Just as under the suspended volume it is the public square, over the zocalo volume there is a green cover that, besides being the yard of the training workshops, it allows the hillside to enter the project, increasing building’s feeling of amplitude. 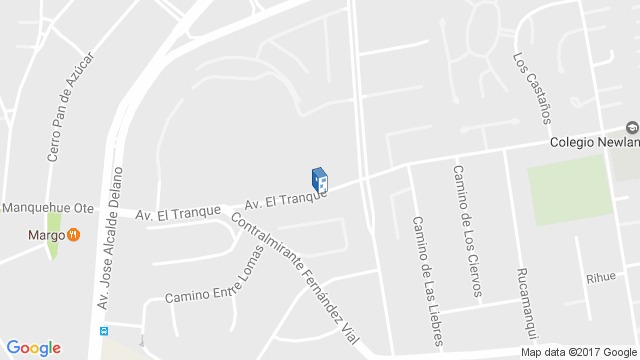 Location to be used only as a reference. It could indicate city/country but not exact address.
Share
Or
Copy
About this office
BiS Arquitectos
Office
••• 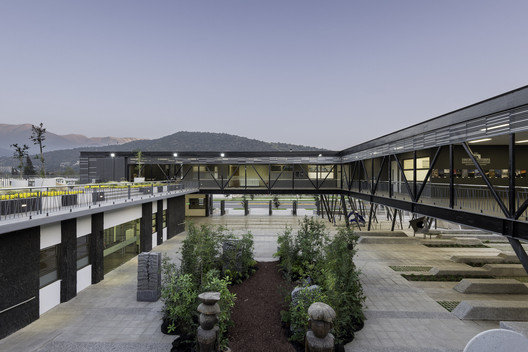