Save
The Textural, Geometric Surfaces of AL_A's MAAT in Lisbon
Share
Or
Copy

After a study of Madrid’s exuberantly geometric architecture, Digital Designer and Creative Director Joel Filipe continues his formal exploration in a series of photos of the MAAT by AL_A that celebrates the delicate impression of its undulating white tile facade against the bright Lisbon sky. Situated on the Tagus River, architect Amanda Levete creates a reunion between the river and the city with MAAT’s walkable rooftop terrace that draws visitors from the nearby streets of Belem, and with the promenade which steps down to meet the water. The roof provides a gathering space during the day and a place to screen films at night. The low-lying gentle arch of the building allows for a clever play of shadows and light, along with a nod to rippling water. 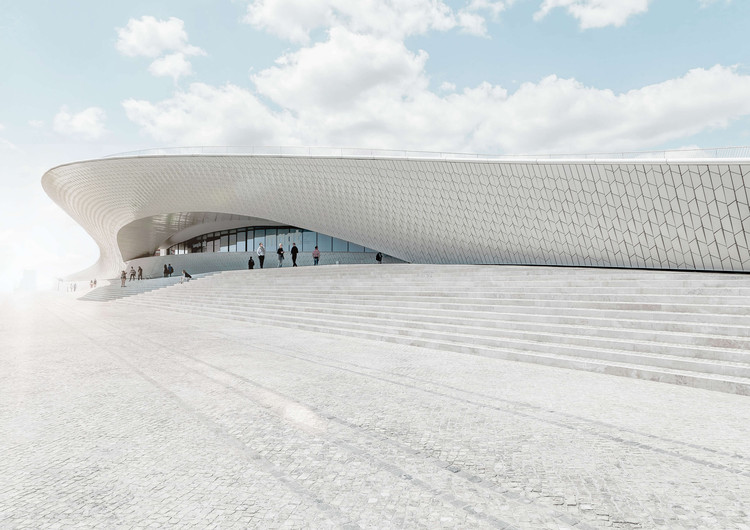 Filipe captures an abstracted view of the building, choosing to highlight the building's playful form and mix of textures rather than its habitable space. Offering a glimpse at intimate moments such as where the steps meet the facade, these photos exemplify the attention to detail that allows the museum to slip seamlessly into the fabric of Lisbon and the waterfront. 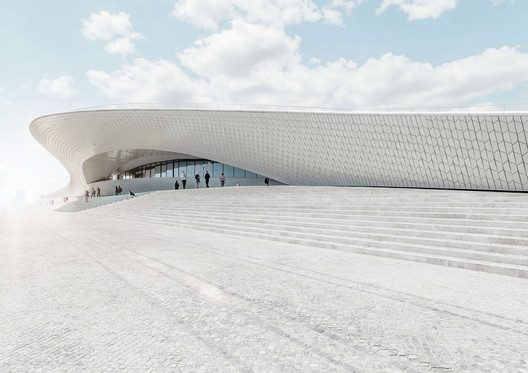