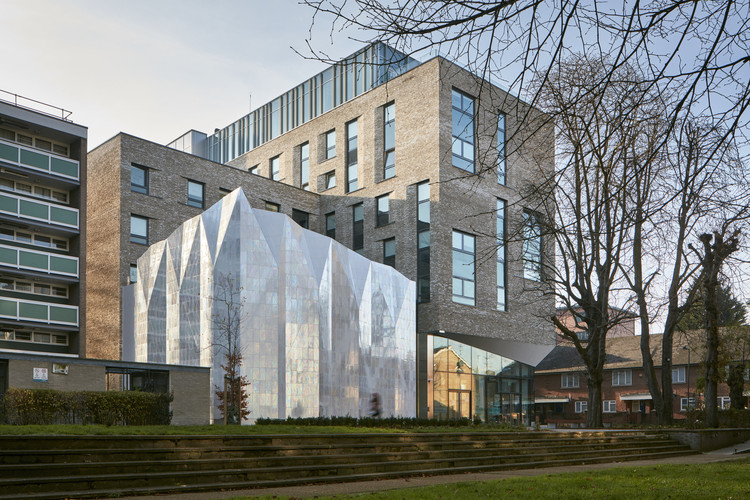 Text description provided by the architects. Jestico + Whiles was appointed in 2013 to design a new student accommodation-led development of the former Southwark Town Hall on Peckham Road for Alumno Developments.

Southwark Town Hall has played an important role in Camberwell and the wider South London area for several years. Jestico + Whiles’ scheme preserves the character of the building and is aimed at regenerating the site as a creative arts hub and community theatre, serving as a mixed-use arts based building with accommodation for Goldsmiths College students and the new Theatre Peckham.

The student accommodation has 166 rooms, private student gardens and generous common spaces and lounges. It has been designed to support a high level of community usage – including twelve self-contained artists’ studios, an independently managed gallery space and a café, as well as a contemporary sky lounge which provides social space for students and gallery space for artist exhibitions.

The proposals included the demolition and re-provision of Theatre Peckham, a community theatre which has operated for more than two decades and whose alumni includes the actor and new star of the Star Wars franchise, John Boyega.

The original Theatre Peckham was situated within the community hall adjoining the former Southwark Town Hall building. The scheme features a new studio theatre complex comprising a 200- seat auditorium, rehearsal space and dance studios which can be accessed from the new public piazza.

The new facilities allow Theatre Peckham to bring all of its work together under one roof for the first time, and provides space for an array of new classes, performances and events within the local community, in addition to its existing programme of workshops offering affordable performing arts classes to three to 18-year-olds. 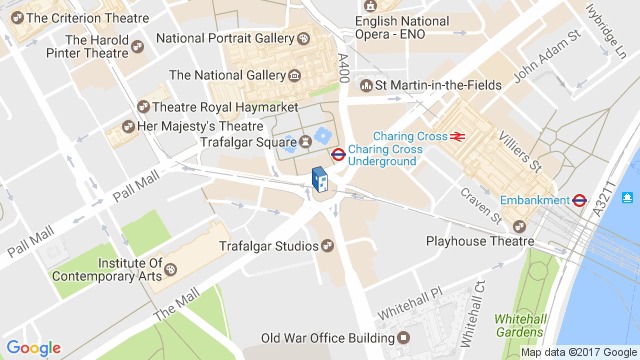 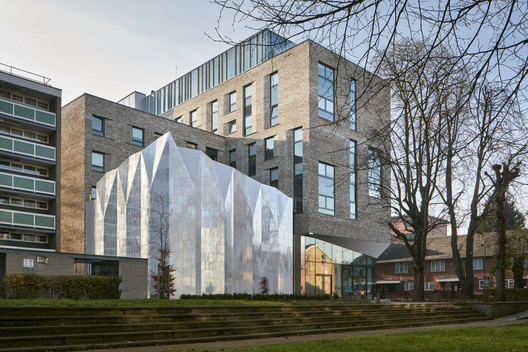