Originally conceived as Safdie’s masters thesis project, Habitat 67 was quick to develop a reputation as an architectural and modernist sensation. Only 29 at the time, the Israeli-Canadian architect has since been greatly influential throughout Canada, with projects including National Gallery of Canada in Ottawa, Toronto’s Lester B. Pearson International Airport, and the Montreal Museum of Fine Arts.

The unveiling of the stamp also coincides with Safdie Architects’ Habitat ‘67 vers l’avenir / The Shape of Things to Come, an exhibition of images, drawings, models and renderings from the archives that highlight the history and legacy of Habitat 67, and its impact on Safdie’s international work. More information about the exhibition can be found here.

TNT Post, the Dutch postal company has collaborated with the Netherlands Architecture Institute to develop a new line of postage stamps that feature both monumental works and experimental projects. More about the postage stamps, from previous NAI director Aaron Betsky following the break. 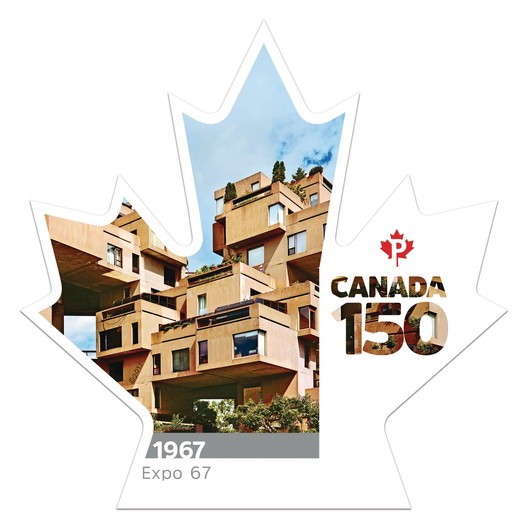