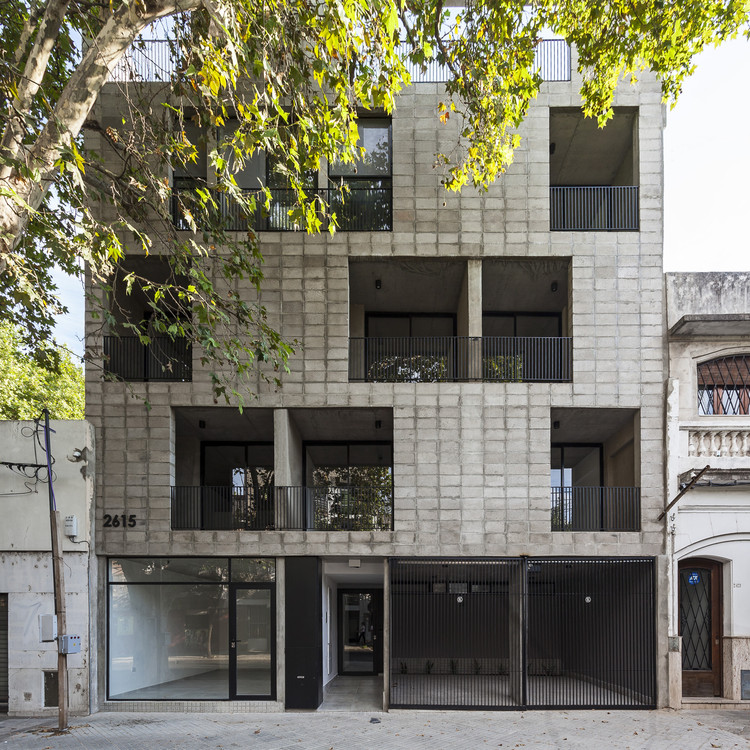 “Tucumán Building” is located within Pichincha District —four blocks from Oroño Boulevard and five blocks from Paraná River waterfront. Built on a 10 m x 17.5 m plot, this building is 13 m tall, the maximum height permitted as per Rosario’s Urban Code. This was established for the area delimited by a special plan devised for Pichincha District, "Plan Especial Barrio Pichincha", which applies to the majority of the blocks in the area.

The starting point was the development of a plan that would conform to the morphology of the block —with only one building with balconies protruding from the frontage line. Next, we worked toward the interior of the plot on the design of the semi-covered spaces of the units.

The material chosen for the skin was concrete blocks. These were emplaced in the raw so that their natural characteristics could be appreciated. Moreover, the proportions of these blocks allowed us to “pierce” the plan and generate movement across the width of the building. The outward appearance was completed with exposed concrete for the ceilings and ironwork for the openings.

So as not to disrupt the continuity into the pedestrian zone, we cleared the view with glass panes both at the ground floor premise and at the entrance of the building, and with metallic gates in the garages. This continuity was further accentuated by the fact that both the sidewalk and the garages shared the same material.

Other highlights are the folded steel plate stairs and the ingress of zenith light, which was achieved by means of the subtraction of blocks over the closure of the ounter façade. This way, we not only allowed natural sunlight into the common areas of the building but also established an intimate connection between the interior and the exterior. 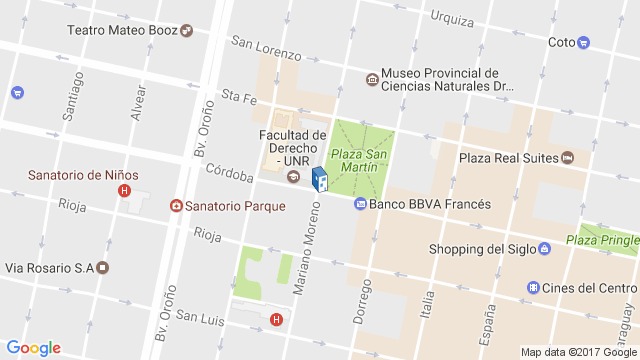 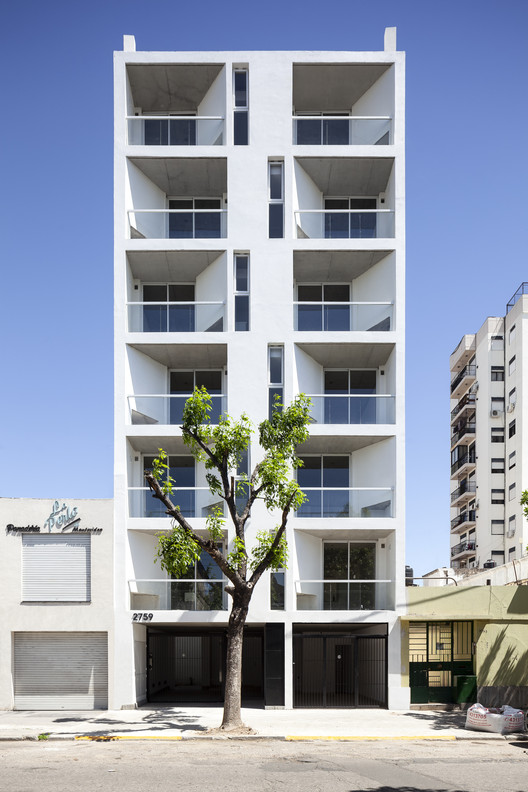