✕
Save
Around the Corner Grain / Eureka + MARU。architecture 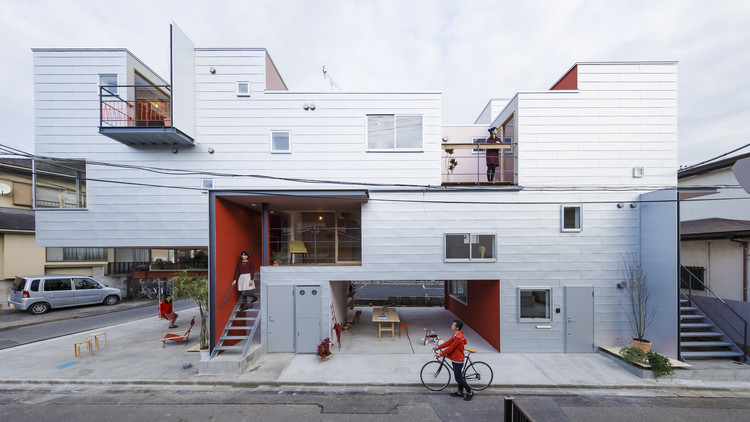 A project of a 7 unit apartment on a corner of a suburban residential district. The project aims to create a landscape of diverse livings appearing from each external space placed randomly throughout the apartment.

A balancing-toy-like-steel structure enables larger masses on the upper floors to stretch out, leaving a pilotis continuous from the street. Creation of public space for the residential district is sought by fully expanding the advantage of the two-sided site. To make up for the mass lost by opening the ground floor, the building is made partially taller. Therefore, a way out through the strict height regulation had to be found. We came up with the idea of calculating the mass by sky factor’(the ration of the viewable sky),to heighten the building without blocking sun light or wind from the surrounding. This consequently created variously discontinuous form of building, i.e. the irregular skyline, the open air balcony on the top, the pilotis at the corner. In contrast with the sky-reflecting metal façade, each of these external spaces is painted red with occasional L wind system, the regional system was spatially and environmentally taken in to the architecture itself.

L-type fin projected toward passage makes meaning of crossing through exterior space to architecture and blows wind from passage to inside of room. Also, we verify CFD simulation to see wind path inside of room, and adjust to set balcony and sliding window.

An innovative ‘common’ that generates an 'anonymity’ of space

The pilotis, balconies and staircases traverse both spaces for the residents and for visitors and passers by. The complexity of the staircases intersecting and joining three-dimensionally, and the bases inserted in the pilotis experimentally create ambiguity of private and public spaces and anonymity of open spaces. Self-consciousness of one’s territory becomes faint, creating temporary, if not permanent, 'common’ spaces that belong to everyone while not belonging to anyone.

Details such as the handrails of the balconies, the eaves of the upper decks, and the landings of the staircases are designed as places where the residents’ lifestyles materialize themselves. In addition, the open spaces are designed for the possibility of stalls or cafes to be opened. The interaction with the environment by the residents, continuously change the state of living spaces. By overlaying the collection of these living spaces on the whole building, a unique landscape at the crossroads of a residential district with public space flourishing itself over time was sought. 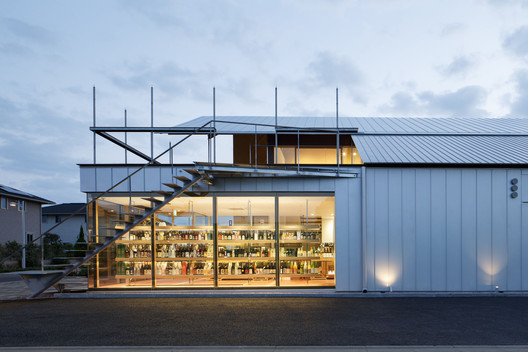 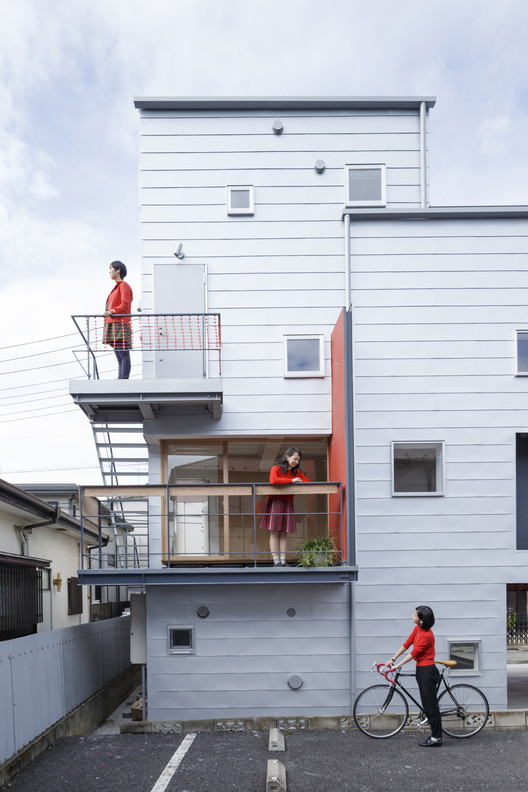 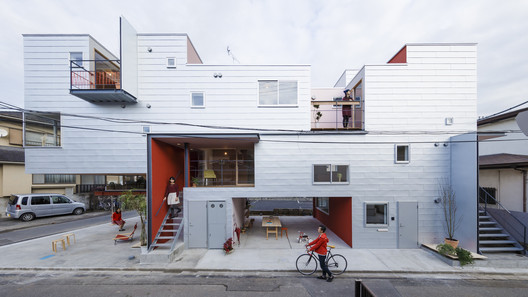