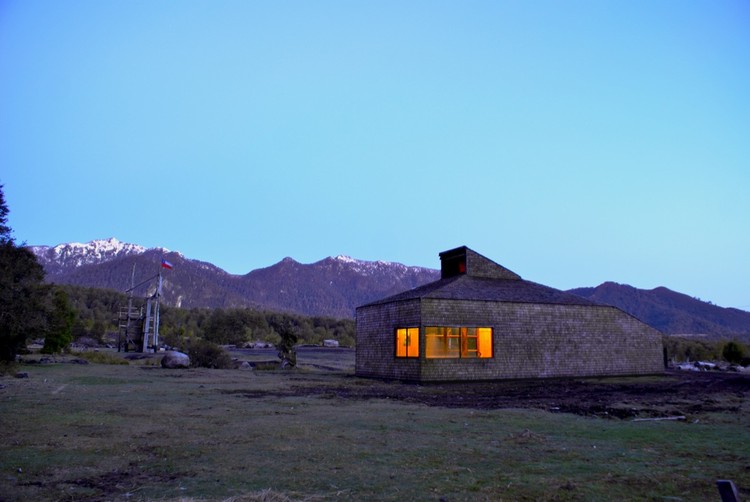 Text description provided by the architects. The close relationship established with the community Pinohuacho is given by requirements prior to this work in collaboration with the conversion of its territory devastated by deforestation of native forest and recent volcanic eruptions of the Villarrica volcano. This excessive logging and eruptions have become arable land and eroded soil acids, inert for sustainable living. The cultures of these lands have to be relocated to the highlands of the village in search of land less acidic and deforested cloths have been replanted with native forest by the villagers themselves.

It is in this area arising orders of a village that happens to be hewers of wood and furniture makers to tour operators on the same land, speaking their land and not as before, cutting down the forest for a livelihood, but care to create trekking circuits , canopy, gazebos and dining and hotel facilities in the area to move from a situation of subsistence for a situation of sustainable living in the same territory.

In April 2008 Pedro Vázquez GrupoTalca instructs the “barbecue hood hat” because I needed to provide shelter and create a space to give more comfort to the tourists who come to Pinohuacho so we can provide and transmit the cuisine of his ancestors and the area of Araucania as are the varieties of dishes prepared with the same gears that its inhabitants collected in winter. Through the allocation of funds in 2008 through INDAP, Municipality of Villarrica, in the amount of $ 1,500,000 Chilean pesos, the abandoned timber recycling on site and local labor, construction began on the “barbecue Hood Hat “in June 2008. An important point in the book was the development of the 30,000 shingles coigüe which gives the skin the barbecue. It was decided to invest it because this material was much pellín coigüe wood in place that could be resized by a billet and it has a tejuelera Pinohuacho carpenter.

The biggest problem was getting an expensive motor that would give movement to this tejuelera, the cost was about 2 million pesos that were not available. For this reason, he draws an old truck that was in Pinohuacho and lifting a wheel and fit a rubber band and fabric for through movement of the wheel and finding the right gear, can transmit the necessary speed to crosscut each of the tiles. In September 2008 opens “Guincho Hat Hood” we began to receive tourists in both winter and summer and begin to work including the daughters and mothers tourism industry and work as guides for parents and children.

See all Show less
Share
Or
Copy
About this office 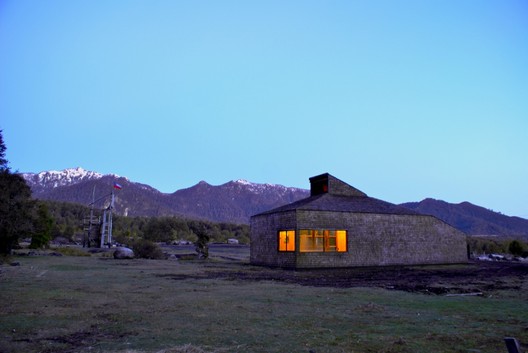