Swedish architecture firm Kjellander Sjöberg has released images of their proposed new city block to enrich the Swedish city of Uppsala. The four competition-winning residential buildings, known collectively as the Tunet, will feature cross-laminated timber construction and wood detailing, creating an environmentally-friendly addition to the city. 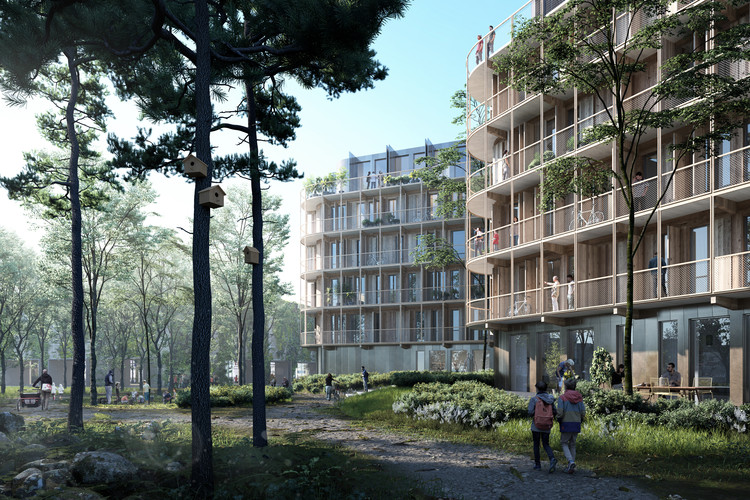 Situated in the Sala Backe region of Uppsala, beside the extensively refurbished Brantingsskolan School, the Tunet development adds to the existing green network within Sala Backe. paths between the four new blocks provide connections between Brantingsskolan and a new park. A dialogue between the new buildings, landscaped paths, and nearby parks will activate a variety of overlapping urban spaces for use by students and tenants throughout the day.

Flexibility was central to the design of the residential blocks. All the apartments have rational plans featuring a central functional core and balcony zones which lend themselves to future adaptation. The ground floor will provide generous commercial space, further activating surrounding streets. The blocks will be constructed with a core structure of cross-laminated timber with wood detailing and window hatches, further contributing to an atmospheric and individual cityscape.

"Sala Backe is a very interesting project, in which both city and developer have high ambitions in terms of urban and architectural quality," said Ola Kjellander, founding partner at Kjellander Sjoberg. "After an intense dialogue process, we feel we really have a project that fits next to Brantingsskolan." 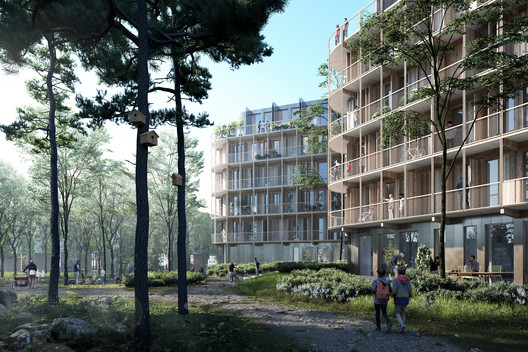