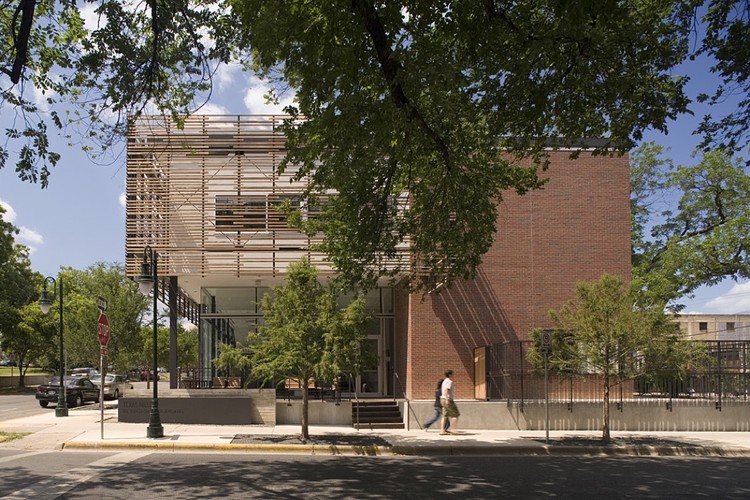 Text description provided by the architects. Texas Hillel is a private organization that provides a forum for high-holiday and weekly Sabbath services for the three main movements within Judaism. However, over and above its identity as a place of worship, Texas Hillel strives to be a community center for the 4,000+ Jewish students at The University of Texas at Austin (representing one of the largest Jewish student populations of any American university). Informal classes, lectures, student activities, community events and a full-service, kosher meal-plan are all part of the daily life of this institution. The design for a new 18,000 square-foot facility, three times the size of the previous dilapidated building, became a vehicle to contemplate the various ways in which architecture might be significant to this organization and its constituencies. Designed for a modest budget, ingenuity in planning and detail were paramount for insuring the quality and character of the building.

The two principal goals of the project were to orchestrate an inviting building that would encourage students to venture within, and to create a place where spirituality would be part of everyday life—not something removed to a ‘sacred’ sphere (the Rabbi requested that no room in the building be presented like his “mother’s living room, which was covered in plastic and only used on special occasions”). Guiding the design were a series of gestures set out to invite extraordinary occasions, and embrace the changing nature of the institution’s program.

The facility is situated one block west of the university on an extremely busy corner for both pedestrian and vehicular traffic. Boldly present, it is sited hard against the corner, defining a clear public realm to the west and south, and a semi-public courtyard behind. The new building is laid out around a collection of abstract masonry boxes (a brick similar to the original building clearly continuing its legacy) that house clearly articulated rooms, around which space flows freely. A glass curtain wall gently defines the precinct of the building, and invites the passer-by to venture within (a distinction quite in contrast to the six neighboring religious institutions—facilities that are all articulated as closed and removed buildings). A variegated ipe screen wraps the building at the second story provides sun shading and distinction for the overall building. The screen cantilevers 12 feet towards 21st Street to shade and define the front porch, and hints at being a Sukkah—a temporary structure with a roof of branches used especially during the harvest festival of Sukkot.

The porch encourages informal student occupation and presents the students themselves as the primary image of the building. Inside, a double-height student lounge, cafe and tiered seating invite casual conversation while at other times becoming the gathering place for a special screening, lecture, or other public occasion (and simultaneously advertising the event to the larger community). Taking a cue from the pattern of the screen, inscribed slabs of limestone are inset into the brick volume on San Antonio Street and at the entry lobby to define both the building’s signage and donor wall. Mahogany entry doors, a hand-carved ritual hand-washing basin, careful balustrades and the original building’s stained-glass windows add a level of detail and focus to the overall ensemble. A towering cedar elm shades the rear courtyard, while a huge deck spills out from the adjacent dining room. Finally, a small private courtyard along San Antonio Street allows for an unexpected source of light and air, and serves as the ritual entry to the main sanctuary only on the high holidays.

Most extraordinary in the program is the presence of Orthodox, Conservative and Reform movements within the same building, practicing their rituals at the same time. On the second floor, a library of Judaica is able to be divided into distinct rooms for Friday night services, but always maintains its identity as a single room—thereby celebrating the individuality of each movement while acknowledging their common bond. Three abstract bay windows hold three individual Arks—precise timber and cork containers that hover over a corner window—which in turn house three Torah and become the eastward focus of religious ceremonies on Friday evenings. Light chimneys above each ark catch the setting sun, provide the location for the Eternal Light, and add emphasis to the common ritual being performed. At other times, an adjacent bench combines the sacred and the every day, and encourages students to occupy the bay windows. Clad in steel, the three protruding boxes present a particular image of the building that celebrates the simultaneous presence of the three movements of Judaism within this singular institution. 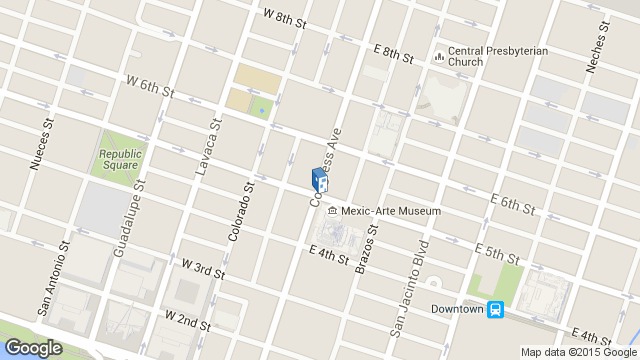 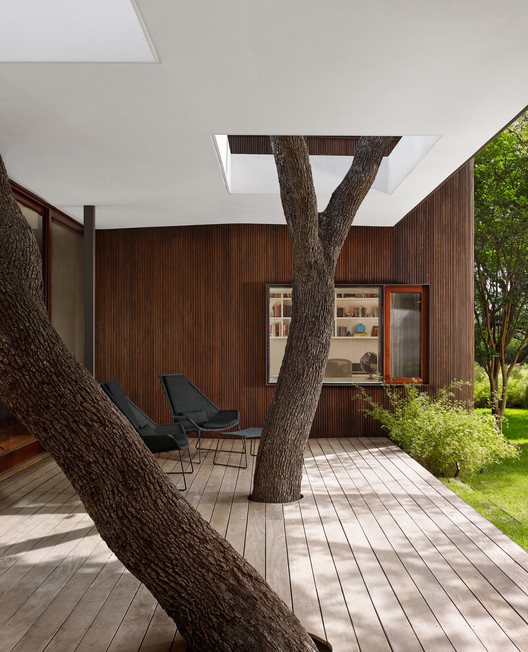