Vision Zero is an initiative that started in Sweden in 1997 when the country began implementing a series of road safety measures to reach their goal of zero deaths from traffic accidents. As a result, the country managed to reduce the number of deaths to 3 people per 100 thousand inhabitants.

Since then the plan has been adopted by different cities and has inspired the creation of various organizations that are looking to make our streets a safer places. One of them being the Vision Zero Network that brings together traffic engineers, health professionals, local leaders, and policy makers.

The idea of linking Vision Zero and public health came about because according to US standards if 30,000 people died each year from a curable disease, that would be considered a public health crisis. However, when there are the same number of deaths in avoidable traffic accidents, they’re treated very differently. Because of this, the network states that an "urgent health framing and a public response" are necessary for these deaths to be dealt with accordingly.

Healthy Chicago 2.0 is a plan developed by the Chicago Department of Public Health (CDPH) and more than 130 local organizations that seek to guide the work of the institution until 2020. The decision to include the other organizations was made because organizers believe that doctors and healthcare professionals alone cannot affect how safe people feel in relation to their neighborhoods and surroundings, despite recognizing it as an important factor for mental health.

With the cooperation of the Chicago Department of Transportation they tried to identify the elements that contributed to this situation. They determined violence, poor street maintenance, violence, and street designs that aren’t user focused do not encourage feelings of safety within communities.

They decided to establish the Vision Zero plan as a core strategy of the Healthy Chicago 2.0 plan to correct that.

In 2000, New York adopted its first Vision Zero policy. That year there were 381 deaths in traffic accidents, compared to 701 people in the 1990’s.

While the initial results were positive, maintaining and improving them over time was not an easy task if implementing the plan wasn’t viewed as a priority.

A decision was made to survey the workers of different departments of the city and the result was a series of questions that allow further comprehension based on the premise that traffic collisions are not accidents, but events that can be avoided.

The San Francisco Department of Public Health (SFDPH) saw that after a collision, police didn’t always record the details of where an incident occurred or what caused it. Likewise, they noticed that a quarter of the patients who suffered injuries as pedestrians or cyclists were not included in the database.

As a result, the city was losing valuable information that would help determine how often accidents occurred, the most dangerous intersections, and the severity of people’s injuries.

In response to this, the people in charge of Vision Zero created a new card to use in hospitals to collect data pertaining to traffic accidents.

The full case study can be downloaded here (PDF). 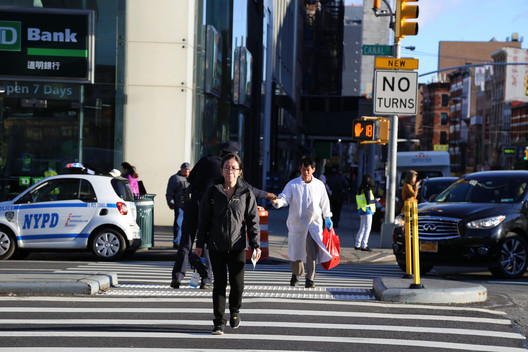