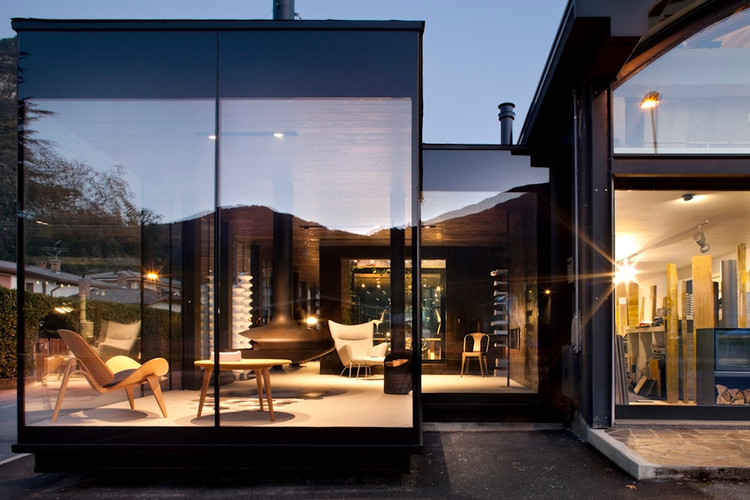 Text description provided by the architects. The parcel interested by the intervention is occupied by a small 1970’s warehouse used as a utensils’ depot. A first intervention turned it into a commercial space for the sale of products complementing bathroom furniture; a second intervention amplifies the volume characterized by a big covering vault which repeats the construction system and faces it with a mimesis attitude.

The need for a showroom space for the interior furniture products, wood stoves in particular, suggests to the client a new extension to be built on the warehouse side previously occupied by a parking space.

The client’s request is to think of a new volume where communication and information had to find an adequate space, a new concept of showcase.

The compact and simple map of the extension is “broken” by a small space open to the sky to whom access is allowed with a gaze through two big opposing windows. The introspective space defines the place through a small internal garden defined by the presence of a birch and rampant plants that wrap the coarse reinforced concrete surface. The internal garden inside the extension space divides two spatial settings which have diverse but complementary functions through the furniture fittings: one is a reception and a meeting area, the other is a display area. The décor/furniture, a big wood stove included, which are at all effects part and parcel of the display can be touched and used by the clients so that the apparently exclusive world of design becomes evocative of a “domestic” space. The idea is to create a space very much different from the one the extension refers to: a space where architecture prevails and is enriched by a simple and functional design with an extremely informal touch 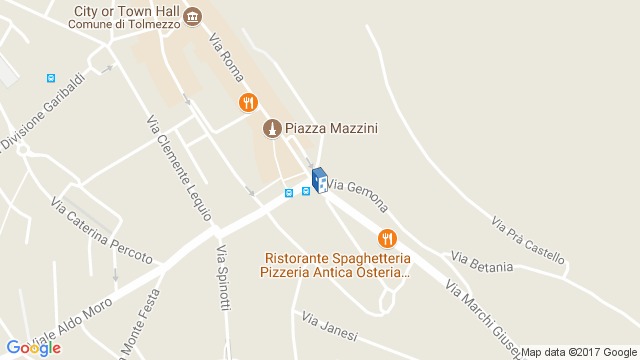