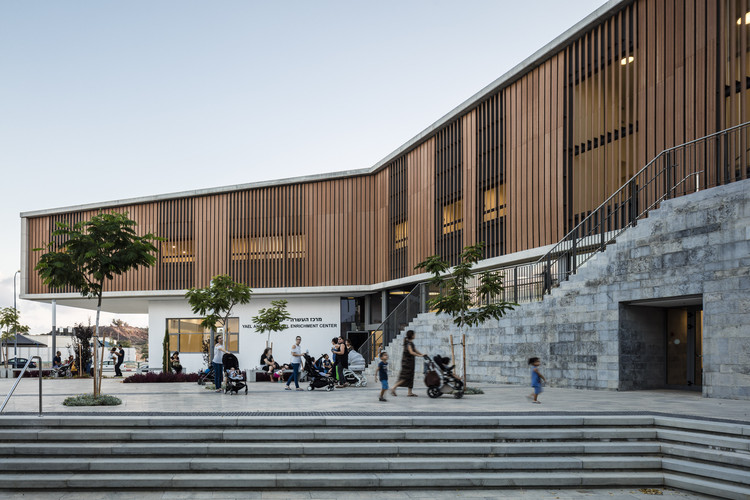 Text description provided by the architects. Creating a new urban plaza, the project includes studios for dance, music, sports and a library. Completed in 2016. The community center includes a variety of spaces, such as an arts and crafts workshop, music rooms, dance studios, martial-arts studios, a multi-purpose hall and a ‘youth wing’. Next to the main building is a library, which operates as a multi-media center, attracting visitors of all ages for a variety of activities. The two buildings are designed to operate together and separately.

The project is built in a new neighborhood in the city of Rehovot, called New Rehovot, which is an area in development stages. The site is located in the center of the neighborhood which is designated for public buildings; some of which have already been built, such as an elementary school and a sports-center. Tall residential buildings are yet to be built in the area.

Since the scale of the urban assemblers in this area is quite big, we wanted the buildings to introduce an urban-friendly scale, meaning that not only the users will enjoy the inner piazza within the project, but also pedestrians would take the short-cut and stroll through the project while going somewhere else. This idea was one of the generators of the design, and led to planning of the two buildings around a protected courtyard, which also connects between the school on its east side and the sports-center to its north.

The main building has two floors, where the upper floor is hovering over the ground floor providing shading from the hot summer sun. It is also designed in a way that exposes the activities, such as the dance studios, in order to attract people to come and participate. The library is designed around a wall of books, which also projects to the facades. Its roof serves as a terrace which provides a separate access to the youth wing through a small bridge. The stairs climbing to the roof include seating areas, creating an intimate amphitheater space for small outdoor performances.

Sustainability is of major importance in the project. The facades are treated with shading elements of bamboo profiles, and the courtyard is partly shaded throughout the year, while also being protected from street noise. The building is fully accessible to people with disabilities.

The community center was funded by Keren Hayesod Switzerland, under Chairman Sami Bollag. The library was funded by Mifal Hapeis.

Product Description: One of the principal materials is the BPC used for the brise soleil:

The brise soleil are covering the long façades of the hovering volume, creating a continuous appearance, while shading over large windows against the intensive Israeli sun. Indoors, the brise soleil creates a varying pattern of light and shadow over the white walls and dark floors.

For those who cross the piazza, outdoor stairs, bridge and roof terrace, the brise soleil alternately expose the activity inside.   The BPC is built as a profile which enables hiding the construction within its width. The material of bamboo polymer composite is designed for outdoors conditions, while bringing a sense of warmth to the environment of light plaster and grey stone. 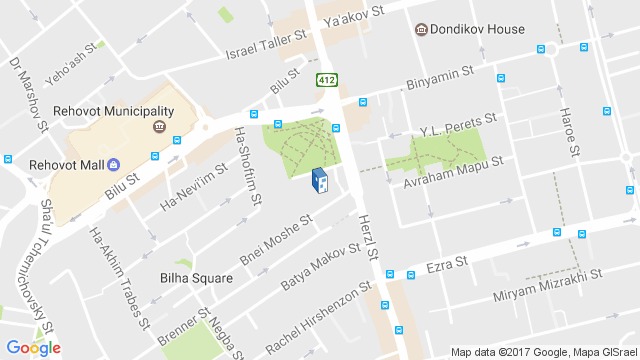 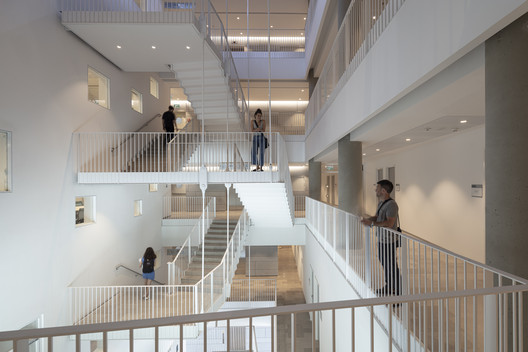 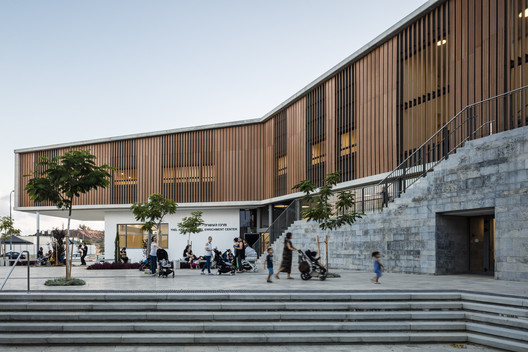